Perhaps the biggest story in corporate finance for 2022 was the Federal Reserve’s campaign of interest rate hikes to fight inflation. As we enter 2023, however, another story is likely to arise: how that climate of higher interest rates will now affect companies trying to finance their debt loads.

After all, as interest rates rise, so do corporate borrowing costs — and since corporations had previously enjoyed such a long period of extremely low interest rates, those higher costs could be a rude awakening for many firms in 2023.

To explore this issue, the Calcbench research team spent several days sifting through the debt disclosures of nearly two dozen S&P 500 companies with non-standard fiscal years. They all filed their latest 10-K reports in recent months, which gave us a chance to get the most current sense of debt loads, average interest rates, and upcoming debt payments.

The 22 companies we studied were carrying a total of $248.3 billion in debt, against $895.89 billion of assets. The weighted average of debt maturing in the next five years ranged from 2.38 percent to 3.22 percent. Table 1, below, shows the average rate and the portion of debt coming due in each of the next five years. 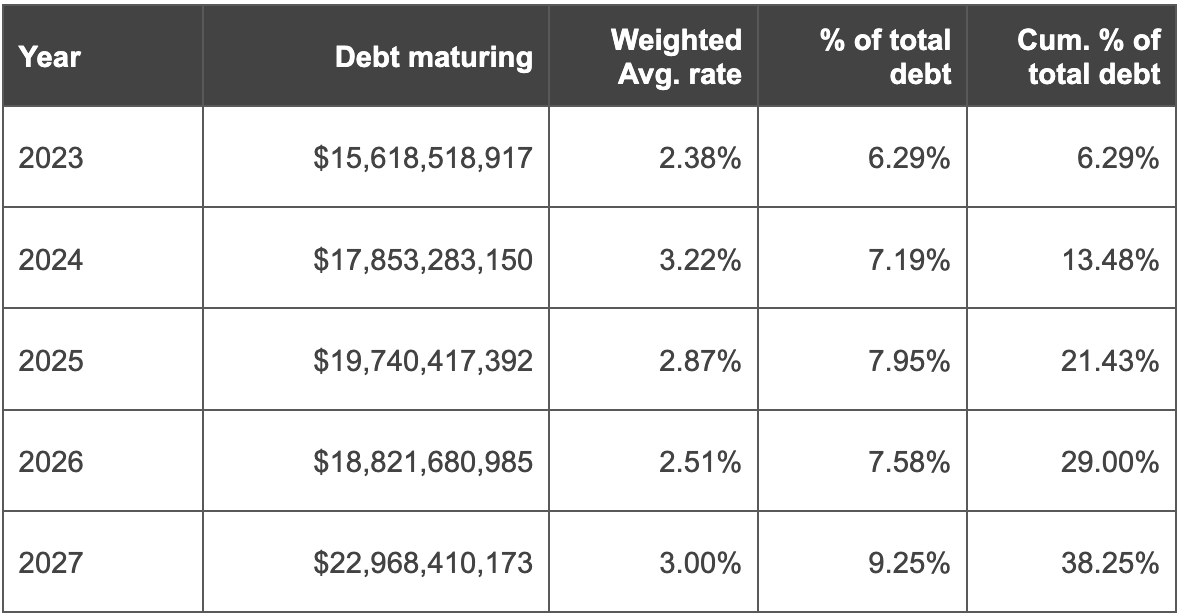 As one can see, these corporations have a significant amount of debt coming due in the next five years, all of it carrying low interest rates. The logical questions now are:

As a point of comparison, the federal funds rate (as measured by the New York Fed) averaged 3.83 percent as of Dec. 7, 2022. One year ago, that rate was less than 0.1 percent. Current Fed rates are much higher than the rates we see in Table 1, above; suggesting that whatever new rates companies obtain on their new debt will be much higher than what those companies were paying before. 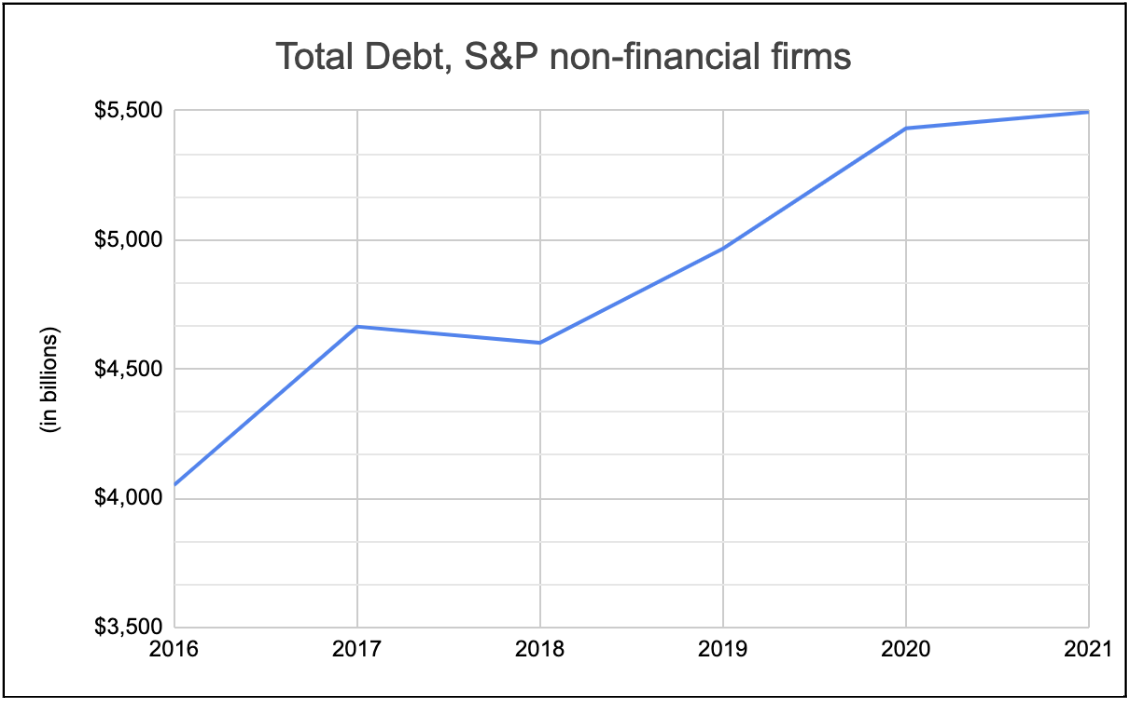 In that same period, interest expense among those firms went from $136.5 billion to $184.8 billion, an increase of 35.3 percent. Especially interesting is that interest payments essentially leveled off in 2021, when interest rates had been cut to historic lows during the pandemic. See Figure 2, below. 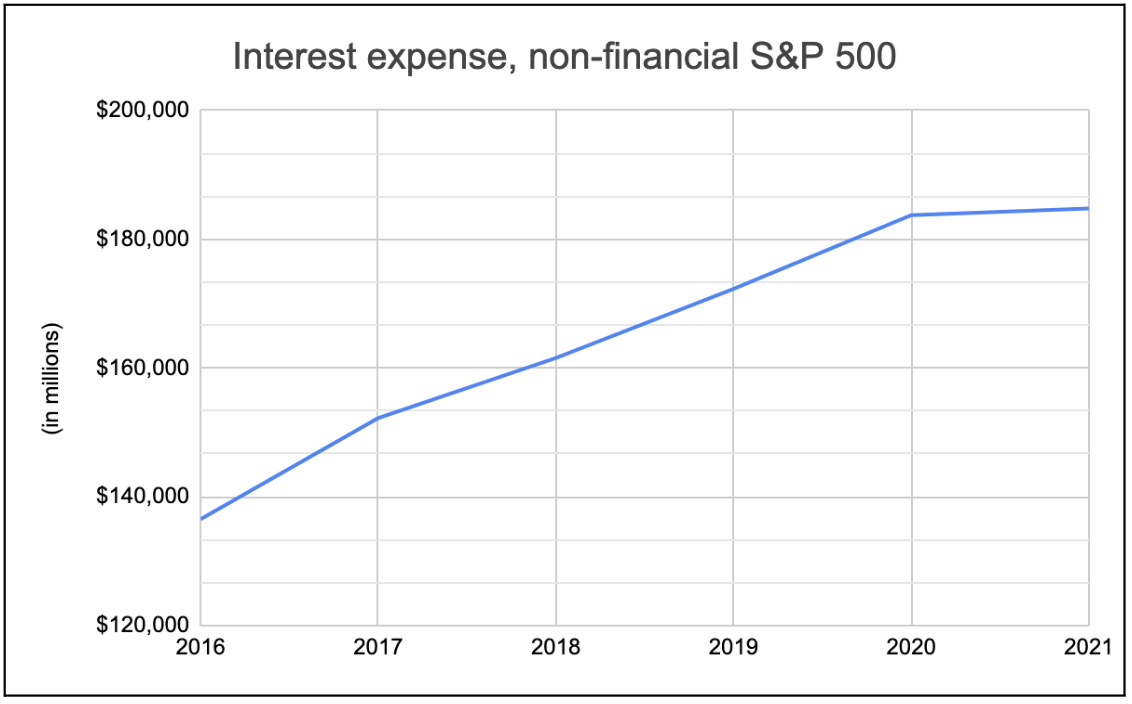 As we saw above, however, a significant portion of corporate debt will be coming due in the next several years, when interest rates are likely to be higher — especially in 2023, before any future recession that might prompt the Federal Reserve to cut rates again. When companies seek to refinance their debt, their interest expense is likely to increase substantially, in the same way that higher mortgage rates are saddling homebuyers with much higher monthly payments for the same “amount” of house.

Financial analysts will need to consider how a company’s debt levels, its schedule of debt payments, and the interest rates might affect its operations. For example:

In our next post, Calcbench will consider some specific examples of companies and their debt issues.

And for those clients who are interested, here’s a sample template for the 22 firms in our list with a link to their debt disclosures.  Please note, the data will only work with an active Calcbench subscription.