Our previous post introduced Calcbench’s latest research on the debt pressures piling up on corporate balance sheets, and how problematic those pressures might be as companies seek to refinance their debt in 2023’s world of higher interest rates.

Today we want to look at some specific companies with debt coming due in 2023, to give a better sense of the issues involved and how financial analysts can understand them.

First, to recap our overall research here: we examined 22 non-financial companies in the S&P 500 that all filed their latest 10-K reports in recent months, which gave us a chance to get the most current sense of debt loads, average interest rates, and upcoming debt payments. Those companies were carrying a total of $248.3 billion in debt, against $895.89 billion of assets. The weighted average of debt maturing in the next five years ranged from 2.38 percent to 3.22 percent.

Within that sample of 22 companies, we then identified 10 companies whose annual interest expense is greater than 10 percent of net income. See Table 1, below. 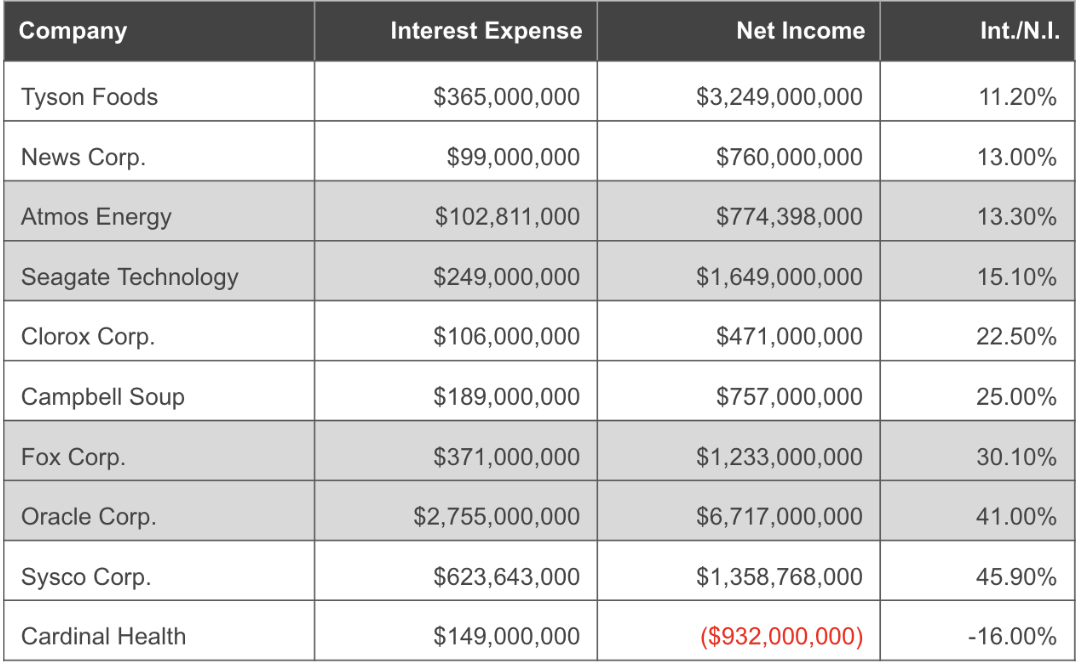 The next questions are (1) what interest rates those companies are paying on their debt; and (2) when is that debt coming due? Because if a company has a substantial portion of its debt coming due in 2023, and then needs to refinance that debt at higher interest rates — then annual interest expense will rise sharply, squeezing net income.

Companies do disclose their schedule of debt instruments and interest rates in the footnotes. Table 2, below, shows several examples from the 10 companies mentioned above.

From there, analysts could perform their own modeling to understand the potential hit to earnings that higher interest rates might cause.

That increase may not necessarily be a material threat to net income, although it could be. Moreover, the higher interest expenses will always eat into capital that might otherwise be put to more productive purposes: R&D, inventory, technology investments, dividend payments, or just higher EPS.