Calcbench can help financial analysts in all sorts of ways. Today we want to demonstrate one of those ways that’s critically important for career success: how to whip up a chart of financial data quickly and easily, so you can drop it into a research presentation and impress the boss.

Our example company is Bed, Bath & Beyond ($BBBY), the troubled retailer that just filed its second-quarter report last weekend. Its numbers were not good; revenue and gross profit both were both down sharply from the year-ago period, while the company’s operating loss ballooned from $84.1 million one year ago to $346.2 million today. Ouch.

So if you wanted to make a quick chart depicting BBBY’s current state of affairs, how would you do it? We’ll show you.

Begin by pulling up BBBY’s quarterly numbers on the Company-in-Detail page. Be sure to hit the “Previous Period” tab on the far right, so you have lots of quarters you can review. It will look something like Figure 1, below. 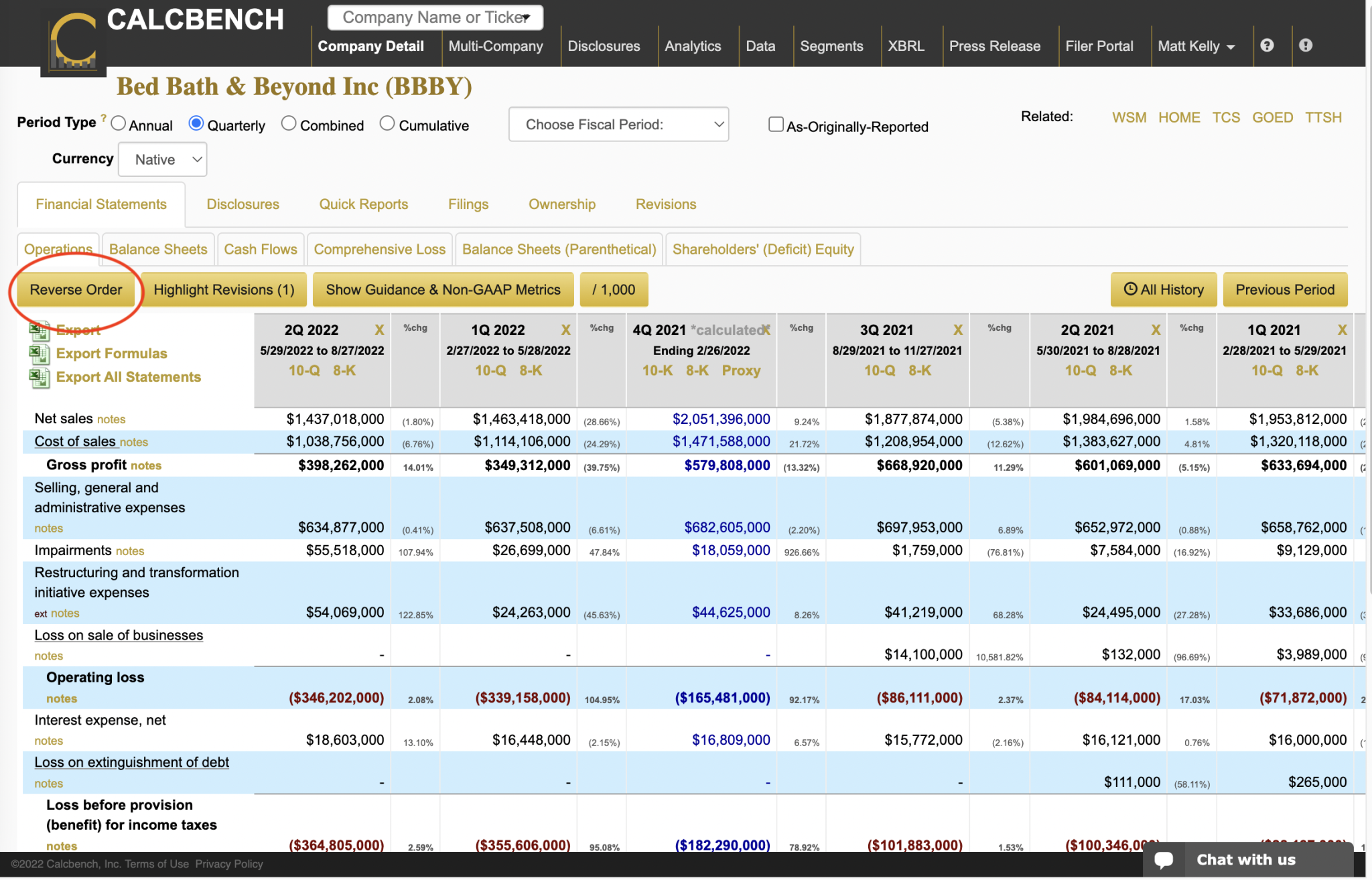 In theory, you could use our short-cut (which we’ll introduce momentarily) to conjure up a chart for any of the line-items you see above. Except those quarters in Figure 1 are backwards; we start with the most recent on the left, working outward to earlier quarters on the right. In a chart, most people would expect the data to flow the other way around (earliest data on the left, later periods on the right).

To rectify that, simply hit the Reverse Order tab you’ll see on the right side above the display; we’ve circled it in red, above. That will reflow the quarterly data so it’s ready to export in a readable sequence.

Next, select the line-item you want to turn into a chart. In our case we went with Net Sales, which then became high-lighted in teal. When you do that, you’ll see a small image of a bar chart (three bars) appear next to the line’s subject along with some other choices: notes, tag, and compare. See Figure 2, below.

Press that bar chart image, and Calcbench will automatically whip up a simple line chart for that line-item you’ve selected. It will appear on your screen. See Figure 3, below. 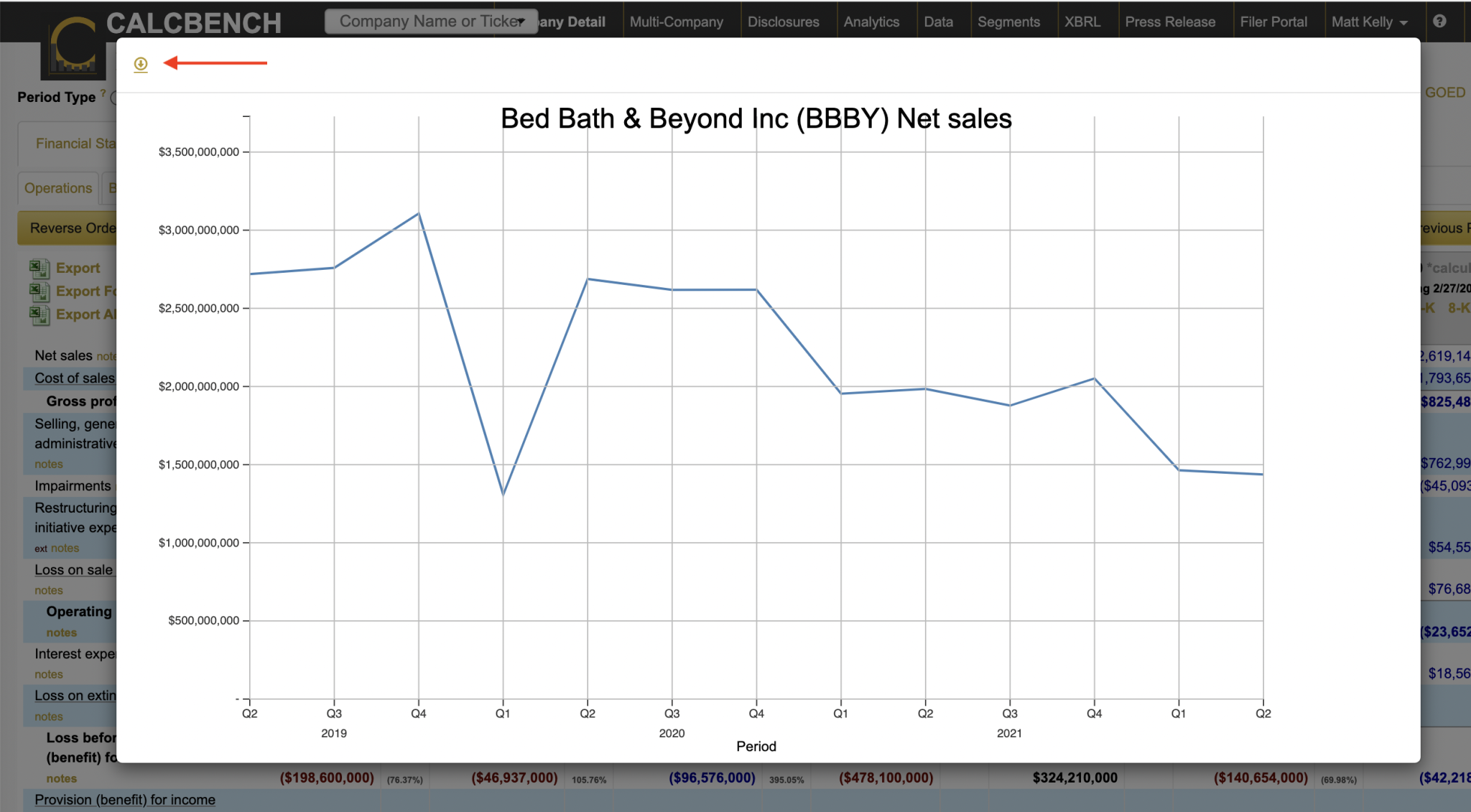 You can download the chart as a PDF directly to your desktop using that small arrow button in the upper-left corner of the chart. From there you can drop it into whatever presentation you like.

In our case, we can see that BBBY had a plunge in net sales in first-quarter 2020 — but then again, who didn’t? The whole world was on Covid lockdown. Subsequently, however, BBBY enjoyed a brief rebound but then more quarters of decline, bringing BBBY to the brink of going down the drain today.

You can do the same chart creation for any company, with any line item where you see that small bar-chart icon. Anything we can do to help you impress the boss, we’re happy to do it!