This month Calcbench and our esteemed contributor Jason Voss will be taking a deep look at share repurchase programs, and how analysts can evaluate whether such programs are the best use of a company’s capital.

Today we kick off that project with our latest research note, which examines just how much cash companies (all public companies, regardless of size) have spent buying back shares over the last 10 years. The report can be downloaded from our Research page, free to all.

In other words, only a small fraction of repurchases from some very large firms accounted for a majority of all money spent on repurchases across the entire decade we examined.

Another way to frame the trend is to look at the companies spending the most money on share repurchases. We found seven firms that each spent more than $100 billion buying back shares, led by Apple ($AAPL) and its $479.5 billion. See Table 1, below.

We also charted median spending on repurchases versus average spending, which helps to see how outliers like our seven firms above affect overall trends. See Figure 1, below. 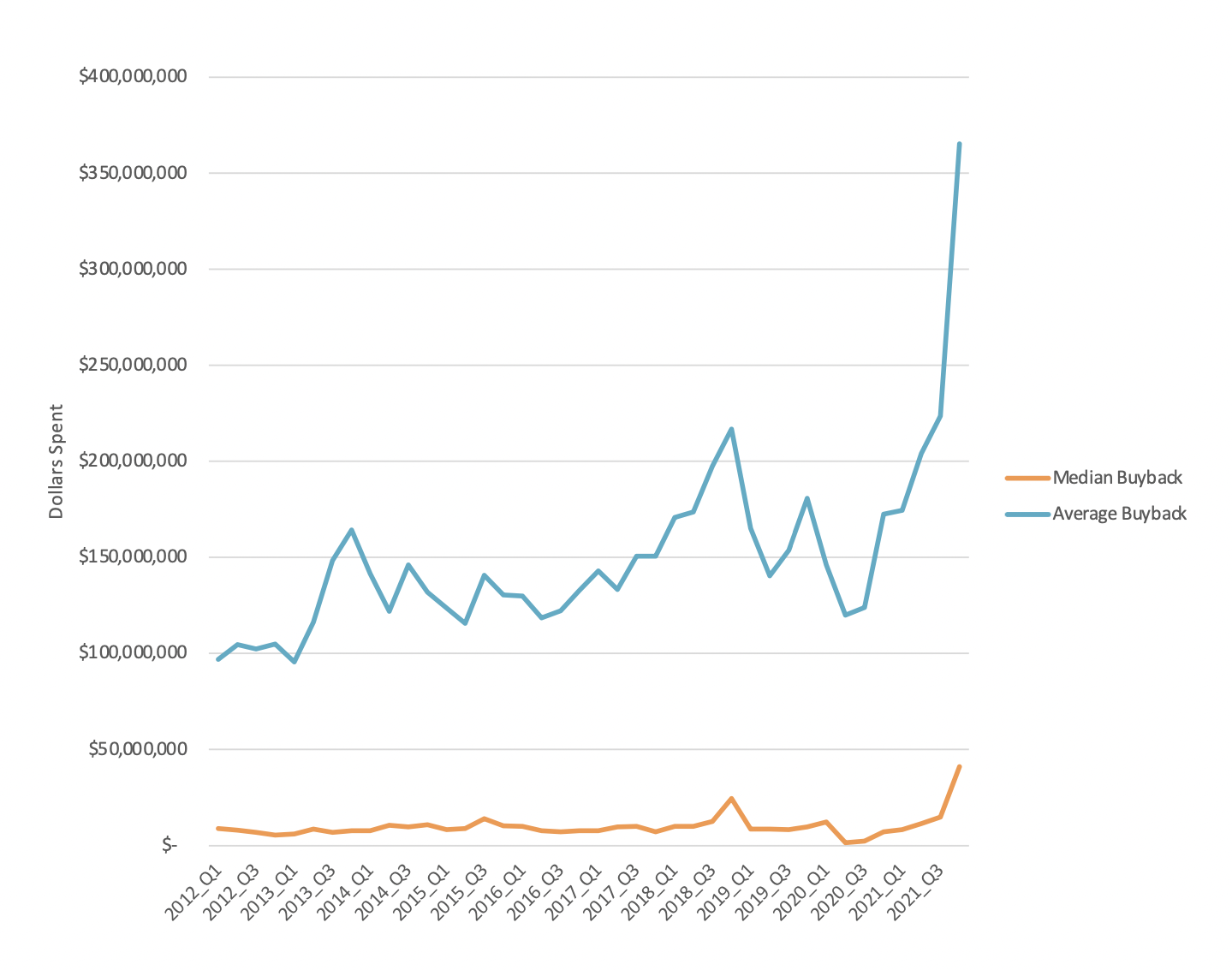 The outlier effect is clear and enormous, and it accelerated through the course of the decade — especially in 2021, when the stock market and corporate profits were both going gangbusters.

The rest of our research note looks at the number of companies buying back shares in any given quarter compared to dollars spent that quarter; a distribution chart of how many companies were spending how much money on repurchases (spoiler: most weren’t spending that much); and of course, a list of big spenders beyond the seven we named above.

So download our note, give it a read, and look for more content soon explaining how an analyst might decipher whether repurchase programs really are the best use of company capital.