M&A Deals: How Many, How Much

As you might have already heard, later this month Calcbench will be hosting a webinar on the current state of goodwill on the corporate balance sheet — including a look at how goodwill assets figure into the value of M&A deals.

So in preparation for that webinar, we’ve been analyzing M&A deals overall. Some of the numbers we’ve found are so astonishing, we just had to share them here right away.

What have we found so far?

So right away, if you’re an investment banker or capital markets adviser looking to court the big fish, those 50 firms are the biggest. Our databases can empirically demonstrate who those firms are.

Now you see why we want to host a webinar on current issues in goodwill. Because it accounts for a lot of value in M&A deals.

To demonstrate that point, we leave you with Figure 1, below. This shows the percentage of total M&A value that was reported as goodwill, from 2010 through 2020. 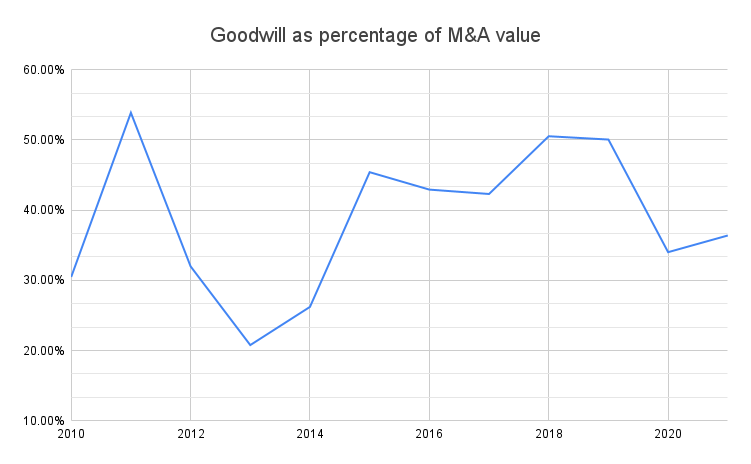 That’s a lotta goodwill! We look forward to our webinar discussion on Sept. 23.