With all the talk about SPACs (special purpose acquisition companies) and “deSPACing” (when a SPAC acquires an operating company and the two fuse into one publicly traded firm), some people may feel like everyone is doing it these days.

So, continuing with our ongoing series about SPACs, we decided to check. We wanted to see how prevalent SPACs and deSPACing really are.

Figure 1, below, tells the tale. We charted the number of SPACs each year (orange line) for the last decade, compared to the number of firms that deSPACed (blue line) in the same year. 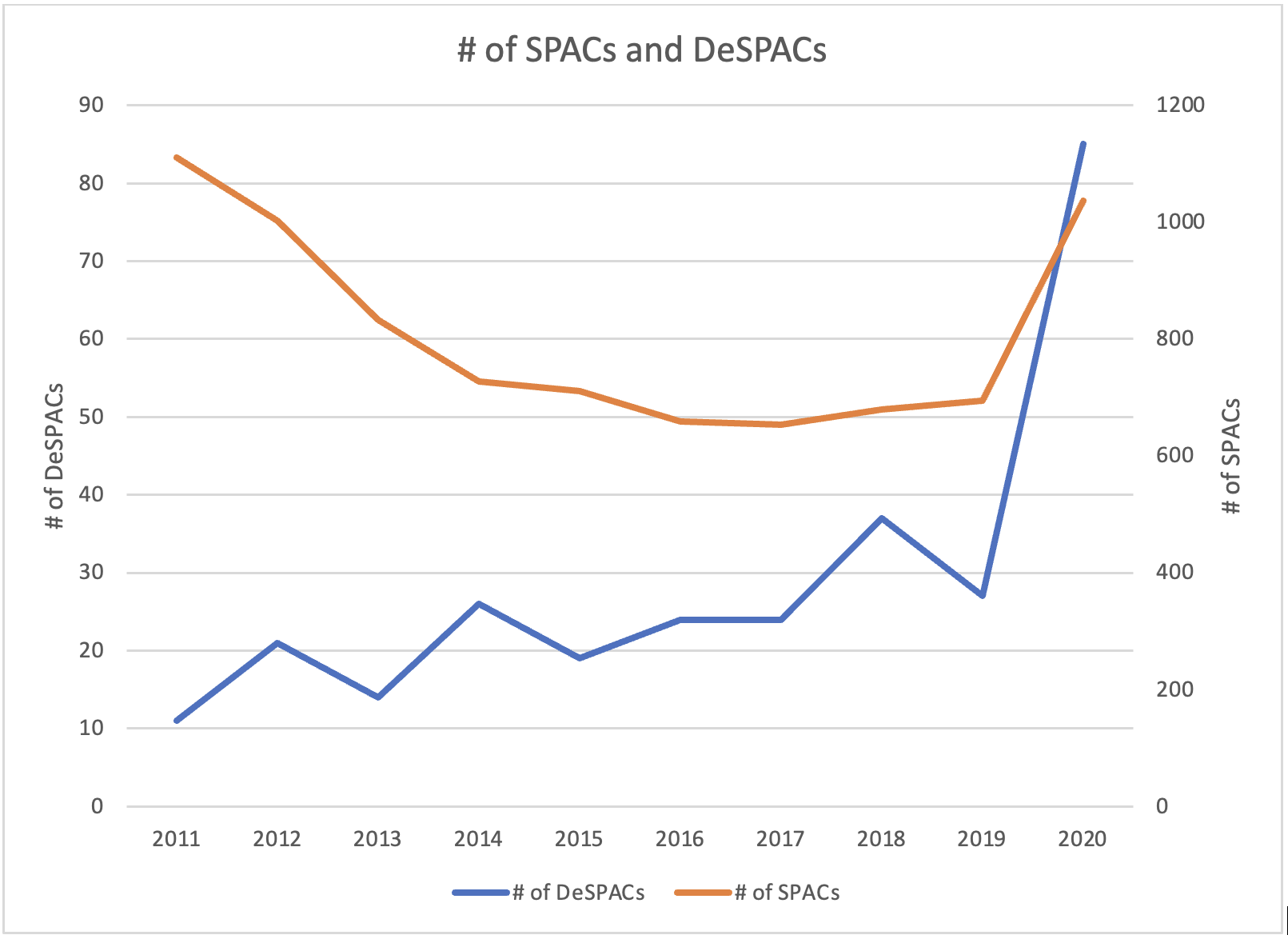 How did we get those numbers? SPACs are defined as firms that use SIC 6770, the code for blank check companies; and a deSPACing is detected by a change in that reported SIC from 6770 to something else. These cases are easy to identify as Calcbench has a metric called “SIC Code at Time of Filing.”

What is striking, however, is the number of firms that have deSPACed. The number of deSPACss was much higher in 2020 (85 cases) compared to previous years. We’re on pace to be at least that high in 2021, with 42 deSPACs already reported through the first half of this year.

We then examined total assets reported by these firms. Figure 2, below, shows total assets for SPACs and the resulting firms after a deSPAC transaction. 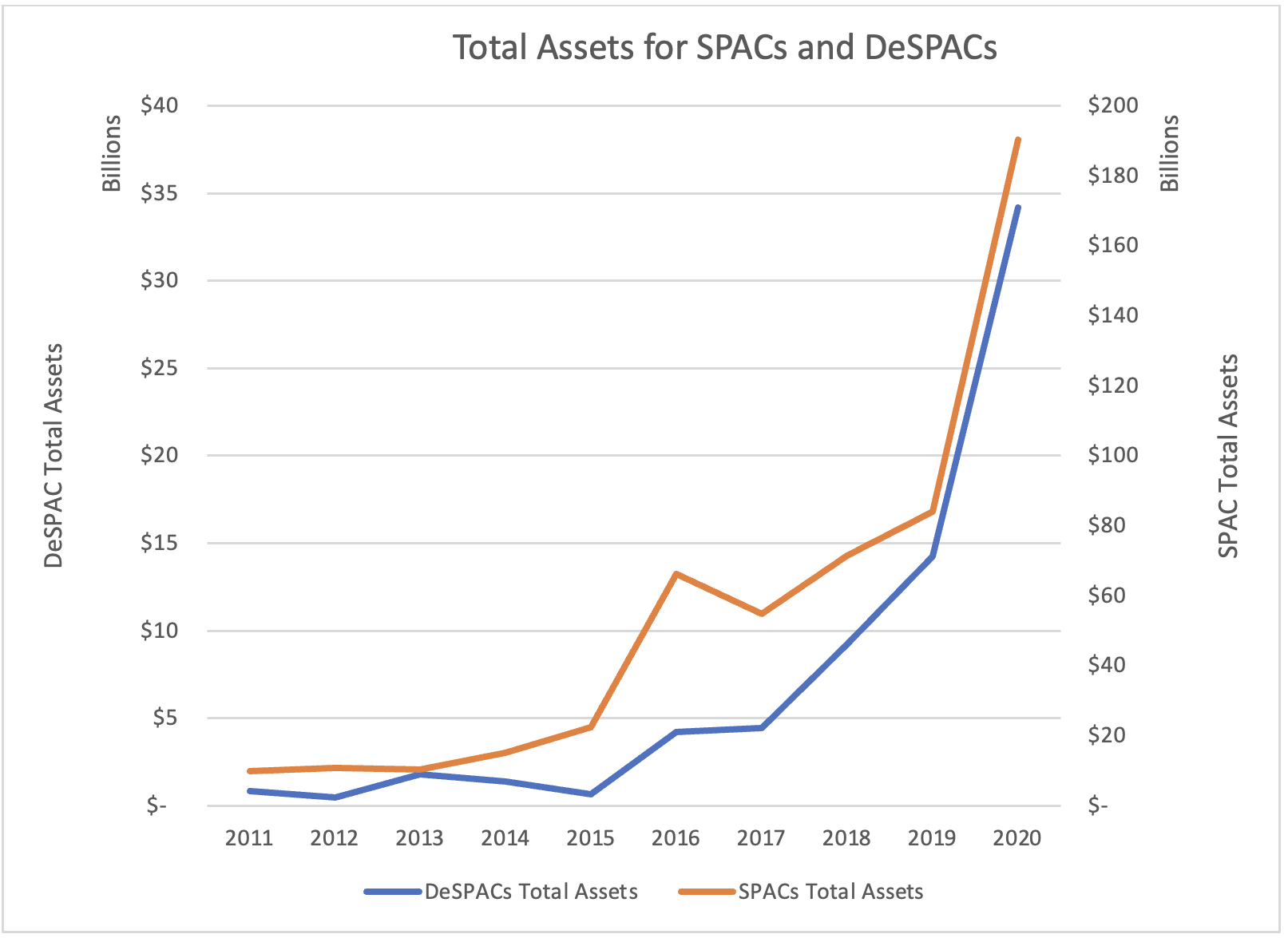 So if we take Figures 1 and 2 together, we can see that while there were more SPACs in 2011 and 2012 than there are today, those SPACs didn’t have much in total assets. Today’s SPACs have total assets north of $190 billion.

Of course, $34 billion in deSPACed assets is still a lot less than the $190 billion in assets SPAC firms have in their coffers. So presumably we’re going to see a lot more of that money flow into merger deals and deSPAC transactions, as the SPACs come under pressure to put all that money to work.