Earlier this week we had a post introducing SEC comment letters: what they are, how to find them in Calcbench, and an example of what such letters can say about a company’s financial reporting.

Today let’s look at the bigger picture: How many SEC comment letters get written?

To answer that question, we examined the SEC comment letters publicly released for 2020 and 2021. In short, there was a lot of commenting. 2021 saw a total of 10,278 letters exchanged between the SEC and companies. Of that total, 4,185 letters were sent by the SEC, and the remaining 6,093 were sent by the companies.

Also, of the 2,226 companies that received letters, only 79 were in the S&P 500 so most recipients of comment letters are smaller firms.

All of that is to be expected, by the way. The Sarbanes-Oxley Act requires the SEC to review the financial filings of every publicly traded company at least once every three years, so it’s not unusual for a majority of firms not to receive a comment letter in any given year; it’s not their turn. Moreover, most comment letters will say something along the lines of, “We looked at your filings and have no further questions,” a conversation that can be had in one or two letters at most.

The chart below shows the distribution of letters across the year for 2020 and 2021. A dip happened in 2021 in April and May, followed by another dip later in the year. We do not see the same declines for 2020. It is interesting that the number of letters sent in early 2021 exceeded the number for the same period in 2020. 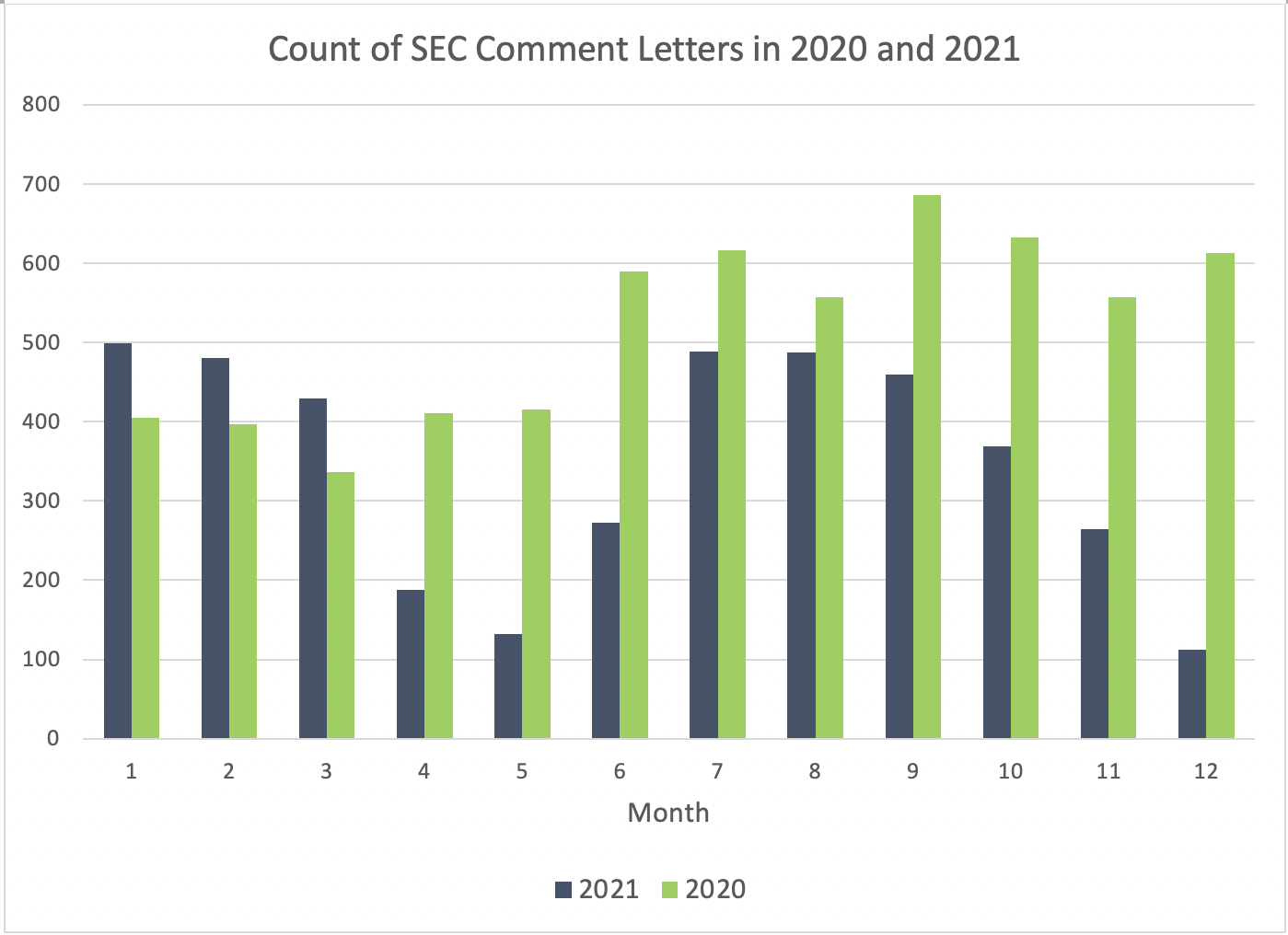 Also remember that SEC comment letters don’t always immediately become public once they’re sent. In most cases, the SEC delays the release of the comment letters.

According to the SEC, the comment letters become public no sooner than 20 business days after the SEC has completed its review of the company’s periodic or current report or declared a registration statement effective. This may explain the decline towards the end of 2021.