One recent example of comment letters’ importance comes to us from Microstrategy ($MSTR). Allegedly a software company, Microstrategy also holds a considerable amount of bitcoin on its balance sheet. Microstrategy’s share price had been tumbling downward since November along with the market value of bitcoin.

Then the Securities and Exchange Commission took Microstrategy to task for how the firm reported the value of its bitcoin holdings in earnings releases. The share price declined even more rapidly.

So what are comment letters, exactly? And how can one find them to look for clues in a firm’s financial reporting?

SEC comment letters are just what they sound like: letters that the SEC sends to corporate filers, where SEC staff comment on the quality of the financial disclosures that firms are making. Many times those comment letters are downright dull, with SEC staff simply telling a company that its filings look fine.

Sometimes, however, those comment letters tell investors quite a lot. So it’s important to know that they exist, where you can read them, and how to track comment letters that relate to companies you follow.

Calcbench has you covered on all fronts.

You can also find comment letters for specific companies using our Interactive Disclosure database. When researching a company, click on the “All Filings” tab at the top of the display panel. That brings up, well, all the filings we have — including comment letters. You may well see those comment letters right away, or you can type “comment” in the Document Type field.

Figure 1, below, shows the display when you search all filings for Microstrategy. 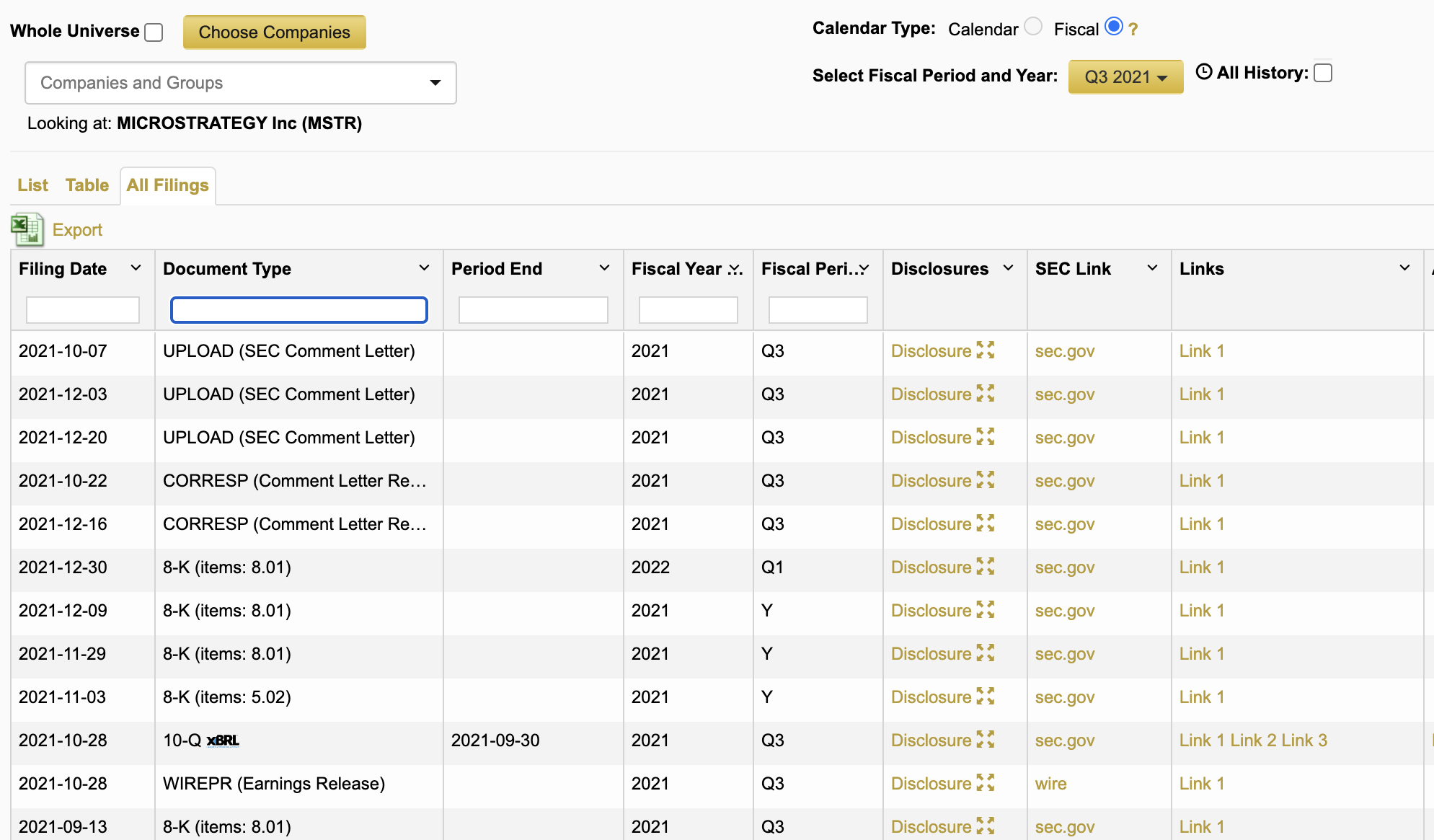 Then you can click on whatever comment letter catches your eye, and see what the discussion was about.

You can also find comment letters using our default “List” display, where comment letters are available as a type of disclosure you can select from the pull-down menu. Just beware that many firms might have no comment letter for the particular period you’re looking at, so that option would be unavailable. If you don’t know exactly what period you want to search, using the List approach described above may be the better choice.

When you open an SEC comment letter in Calcbench, you get the text of the letter.

It can often be useful to read comment letter correspondence in reverse order — since the last letter is most likely to be a company saying, “Yep, OK, we’ll make this change to our reporting that you want” and that can be the market-moving stuff.

In Microstrategy’s case, the most recent item is that letter dated Dec. 16, 2021. It’s a reply from Microstrategy to the SEC, confirming that Microstrategy will stop reporting a non-GAAP earnings metric that includes adjustments for the wild swings in bitcoin. You can then trace the entire comment letter chain backward in time if you want.