Commodities can be a risky business, as demonstrated by egg producer Cal-Maine Foods ($CALM). The company filed its latest 10-K report on July 20, and it tells quite a tale of egg prices volatility in the last year. Let’s try to unscramble this.

First, some background on the volume of egg output Cal-Maine produces. The company is the largest producer and distributor of eggs in the United States, with sales mostly across the South and Midwest. Cal-Maine sold 12.84 billion eggs in its fiscal 2020, about 19 percent of total “shell egg” consumption in the U.S.

Turns out, however, that the egg business is rather volatile. That’s true in any given year, but it was especially true this year thanks to Covid-19 — where egg prices were depressed in the first three quarters for Cal-Maine, and then soared in the last quarter as everyone started cooking at home more often.

Figure 1, below, is one snapshot of Cal-Maine’s financial performance over the last three years. Net sales edged down 0.7 percent in 2020, largely thanks to an oversupply of eggs, which depressed egg prices, which depressed net sales even though Cal-Maine actually sold 2.9 percent more eggs last year.

Notice that gross profit also declined for fiscal 2020, by 19.4 percent. As Cal-Maine states in its Management Discussion & Analysis: “The decrease resulted primarily from lower selling prices for conventional eggs through the first three quarters in fiscal 2020.”

So that egg depression really rolled Cal-Maine for the first nine months of its year. Then came the great price spike of Q4 — but alas, it was not enough to turn Cal-Maine’s fortunes sunny side up.

We went to the USDA website for more data on egg prices, and found this chart, below. That giant red spike is egg prices in March and April of this year. 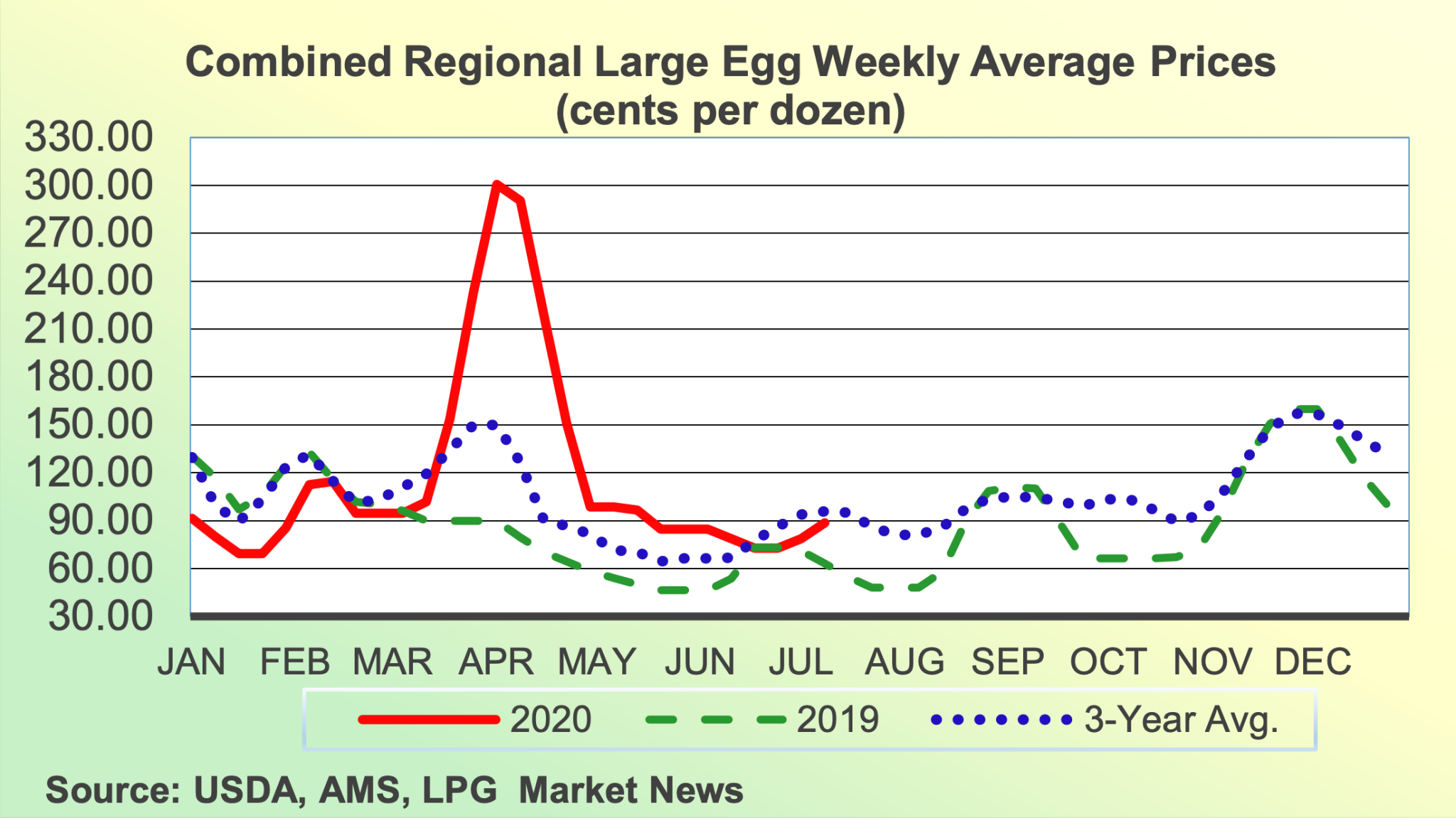 Or to frame the spike another way, Cal-Maine tracks its egg prices to a benchmark known as the UB Southeastern Large Price Index. That index ranged from a low of $1.02 per dozen to $3.18 within second-quarter 2020. Volatility like that would be hard for any firm to manage.

On the bright side, lower commodity prices for feed grains pushed down Cal-Maine’s costs, although said costs had risen appreciably in fiscal 2019, so even the lower costs in 2020 were still above what Cal-Maine was paying in 2018.

Meanwhile, SG&A costs rose a bit, and one big item for disposal costs rose from $33 million to $82 million. So all in all, Cal-Maine’s operating income almost evaporated, from $45.7 million last year to $1.27 million for 2020.