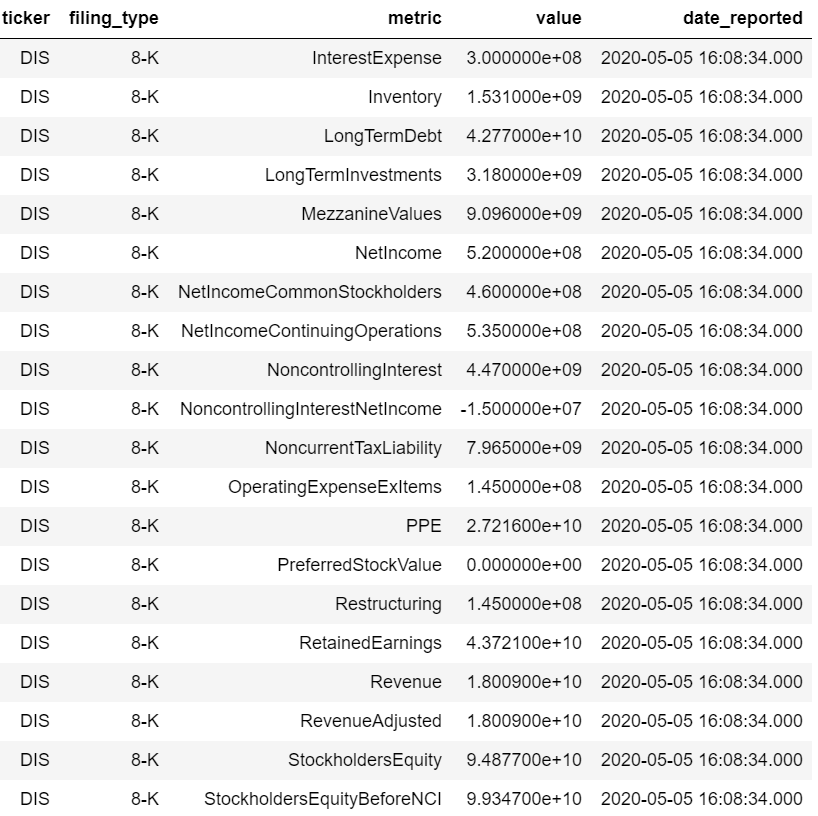 Standardized financials from Earnings Press Release and 8-Ks are now available via the Calcbench API minutes after published.  Calcbench is leveraging our expertise in XBRL to get many of the numbers from the Income Statement, Balance Sheet and Statement of Cash Flows from the earnings press release or 8-K.

The date_reported column is when Calcbench published the data and it would have been tradable.

This file was created using the code @ https://github.com/calcbench/notebooks/blob/master/standardized_numeric_point_in_time.ipynb.

For a larger sample size and other questions email us@calcbench.com