Loyal readers of this blog know that Calcbench loves to talk about purchase price allocation, which is how a company discloses all the details when it spends piles of money to acquire a business.

It’s not at all unusual to see a huge deal announced in the headlines — say, Salesforce ($CRM) acquiring Slack for $27.7 billion, which happened in 2020 — only to find out many months later that much of that headline price was allocated to goodwill. That’s exactly what happened with the Slack deal, where eight months after the deal was announced, Salesforce disclosed that $21.1 billion of that $27 billion number was allocated to goodwill.

Now Walgreens Boots Alliance ($WBA) has given us another point to ponder about purchase price allocation: that those allocation numbers can change over time.

We noticed this with Walgreens’ latest annual report, filed on Thursday. In its disclosures about business combinations, Walgreens reported the purchase price allocation for its acquisition of VillageMD, a chain of primary care medical practices often set up right next door to a Walgreens. Figure 1, below, shows the purchase price allocation as reported in the 10-K, filed on Oct. 13. 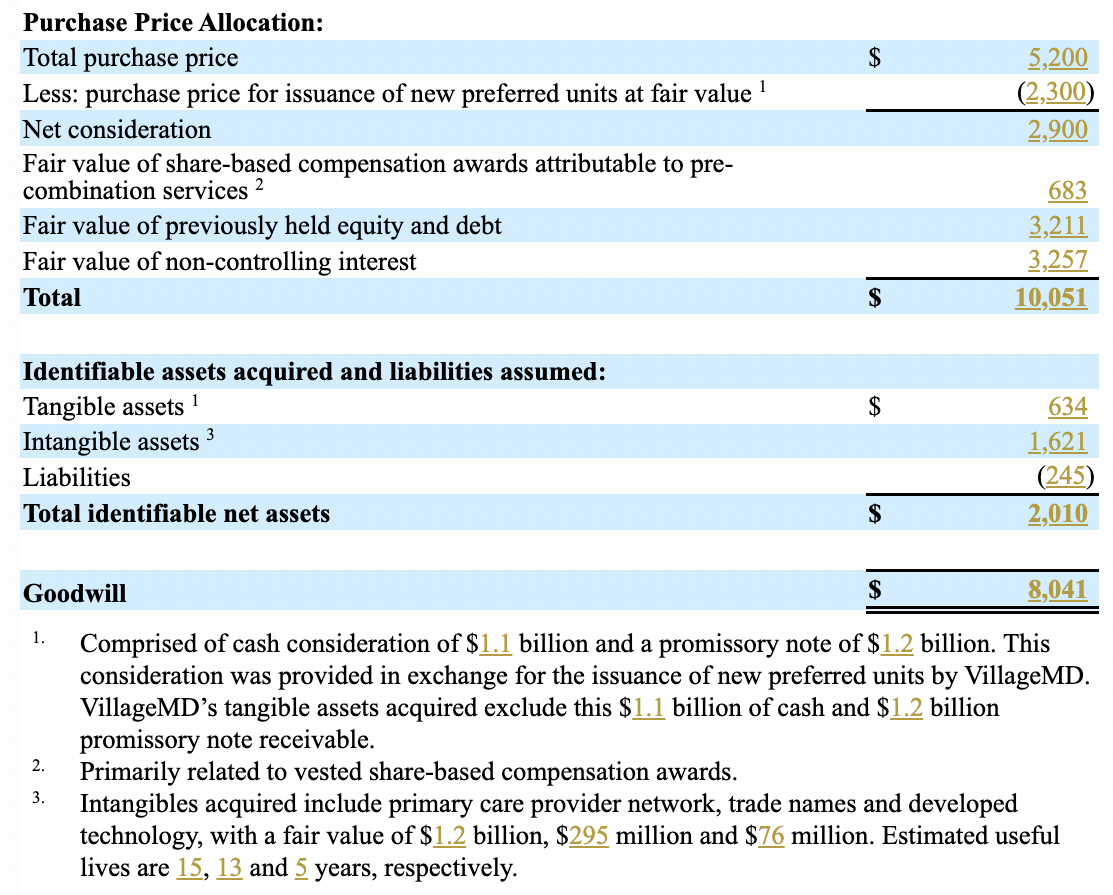 So Walgreens acquired VillageMD for a total of $10.05 billion, and $8.04 billion of that amount was allocated to goodwill.

But Walgreens first announced the VillageMD acquisition almost one full year ago, on Nov. 4, 2021. We wondered: was this really the first time Walgreens had disclosed the purchase price allocation for this deal?

The short answer is no. We reviewed Walgreens’ previous quarterly reports, and found that the company had been disclosing purchase price allocation details since the start of 2022 — but the breakdown of those details did change over time.

Figure 2, below, shows the purchase price allocation as reported in Walgreen’s quarterly report filed on Jan. 6, 2022. 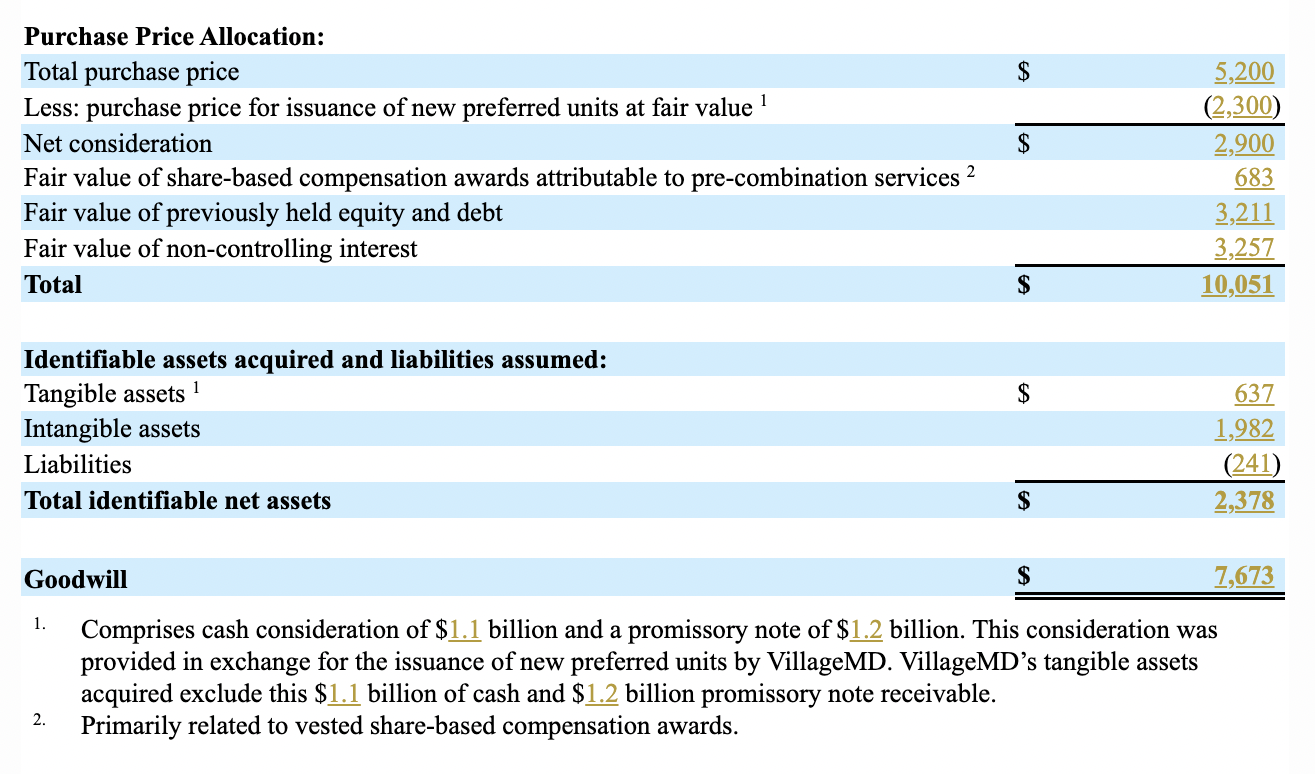 The details were different back then! Yes, the total purchase price was still $10.05 — but in the first quarter of this year goodwill was only $7.67 billion of the total, rather than the $8.04 billion reported last week.

Once Walgreens marked down those assets, it needed to re-assign that value somewhere else to preserve the $10.05 billion total purchase price. So the powers that be reallocated the value to goodwill.

Whether that $368 million mark-down in intangible assets is material depends on your point of view. It’s 3.6 percent of the total deal price. It’s 26.5 percent of operating income for the year, which was $1.387 billion. It’s peanuts compared to total assets ($90.12 billion), but 3.4 percent of all intangible assets.

Our point is simply that purchase price allocation isn’t just worth noticing; it’s worth watching, because those numbers can change over time. That might lead to interesting new questions you might want to pose to management on the next earnings call.