We were sifting through 2019 annual reports the other day, reacquainting ourselves with all the ways firms adjust net income, when we came upon an interesting item from Eli Lilly & Co. ($LLY).

So we dug into the data to find out. The answers are yes and yes.

That’s only the large picture, however. When you zero into specific firms, some of them tell quite a different picture. 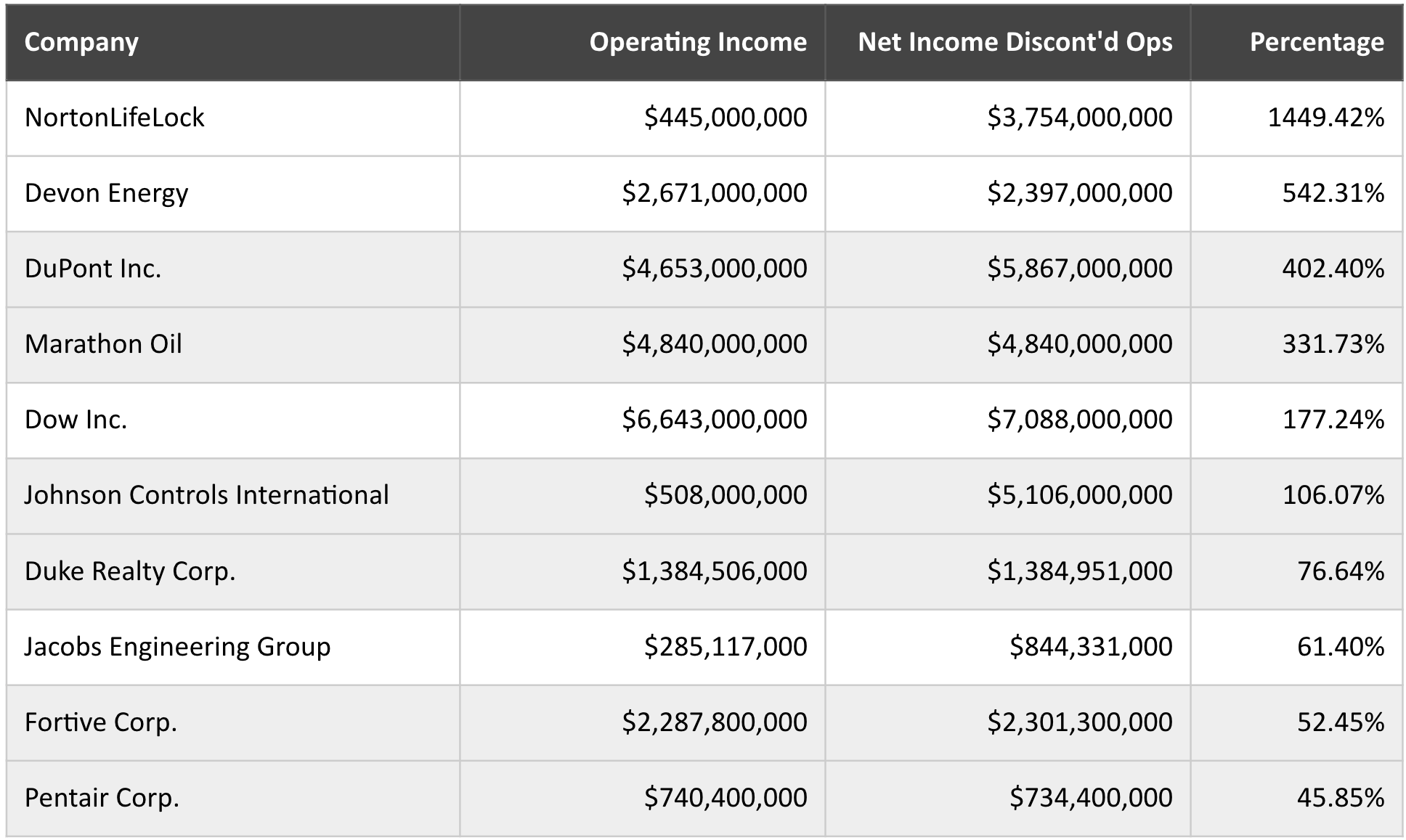 We know what you’re thinking: “Oh sure, the overall percentage might be high — but that could be from one huge divestment or spin-off. You’re still looking at such a large picture that the numbers aren’t that meaningful.”

Ha! We considered that too. When you look at each of the 10 firms above one year at a time, you still find several that had significant income, year after year, from discontinued operations. One good example of what we mean is Dow ($DOW), below.

Granted, Dow went through quite a bit of tumult over the late 2010s as management first merged the company and DuPont de Nemours ($DD) in 2017, and then split the merged business again into Dow, DuPont, and a third business called Corteva ($CTVA) in 2019. Not every firm will see that many operations discontinued in such a short period.

Another example is Fortive ($FTV), the industrial conglomerate spun out of Danaher ($DHR) in 2016. Fortive’s gains from discontinued operations weren’t quite as eye-popping as those from Dow, but they were still significant. See below.

What were all these discontinuations about? We didn’t delve into that question, although you can always use our trace feature and the Interactive Disclosures database to see exactly what a firm had to say about those one-time gains.

Regardless, the numbers are the numbers — and they show that for at least some firms, getting out of operations can be just as lucrative as staying in them.