Our blog has been woefully ignored for months, but hopefully that is going to change soon. In the meantime, let me give a wrap up of what has been an extremely busy December.

After spending a sleepless November finalizing our benchmarking tool (formal name TBD), we unveiled it for the first time at the annual AICPA conference in Washington D.C. on Dec 5. (article here). We were warned that this particular crowd wasn’t too XBRL friendly, but they seemed genuinely excited about what we’ve done. (After all, if they have to spend all of this time effort and money to create XBRL filings, someone might as well use them, right?) So our demo focused on how the same companies that create this info can use Calcbench to create peer groups, benchmark, analyze competitors, and trace all of the info back to the individual filings. Here’s a peek. (*NOT* a video from the AICPA, but rather something I threw together in my dusty attic).

A few days earlier we had also been in Washington as guests of the U.S. Treasury Department, to take part in what was informally referred to as a ‘data jam.’ The first half of it was webcast, and if you forward this video to the 60 minute mark, you can watch Susan Yount from the SEC give a great intro to the XBRL world. Then, after the speeches the good stuff began, as we broke into teams to brainstorm new ways to push the ‘open data’ movement forward.

If that all wasn’t enough, a week later we had our first face to face meeting of the new, expanded, 4 person Calcbench team. But I don’t want to dwell on this too much as we will formally introduce the new folks in January. What I will say is I learned that when your co-workers consist of two Indians and a Jew, don’t expect things to slow down too much around Christmas.

By the way, we’re temporarily offering the benchmarking tool as a free beta (just create a login on our site), and we’re actively seeking auditors and corporate finance type folks who would like to be early test partners. Give us a shout… Again a link to that video.

So that brings us up to date… 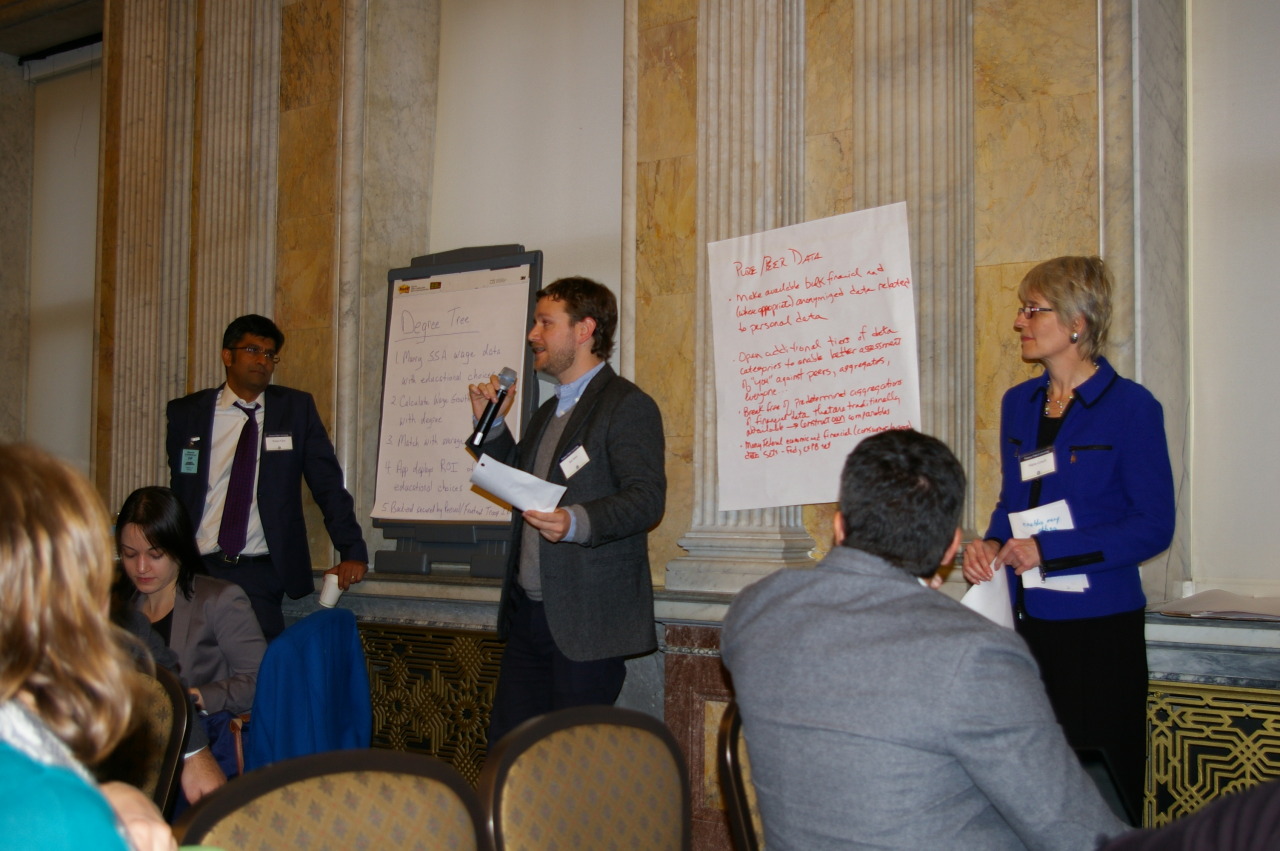