Calcbench is devoting the month of May to non-GAAP financial disclosures — and as fate would have it, a great example fell into our laps right away. Uber filed its first-quarter earnings releases this week, with interesting non-GAAP disclosures galore.

Except, after a number of non-GAAP maneuvers, Uber also reported an adjusted EBITDA profit of $168 million. How did that come about? Figure 1, below, is Uber’s reconciliation of non-GAAP reporting, and it tells the tale. 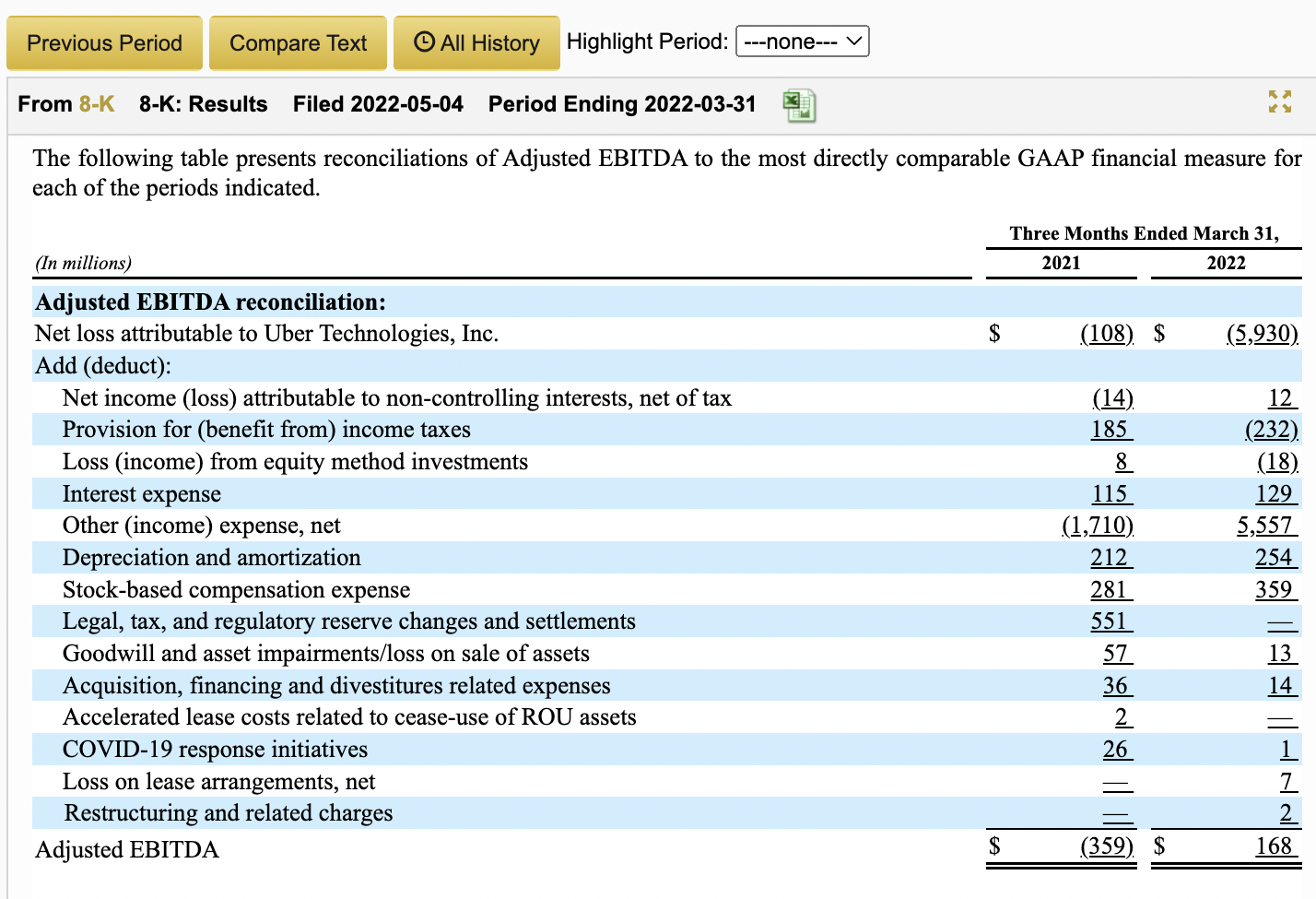 Almost all of Uber’s $5.9 billion loss comes from a $5.56 billion charge Uber recorded to write down investments it made in overseas ride-hailing services Grab, Aurora, and Didi. Elsewhere in the earnings release, Uber broke down the write-downs by specific investments:

Uber’s non-GAAP reporting for this quarter also caught our eye because we also wrote about Uber last year. For first-quarter 2021, Uber reported an adjusted EBITDA that was actually lower than the GAAP-approved net income number. You don’t see that too often.

At the time, Uber had sold its self-driving car unit to Aurora (a tech startup that hopes to deliver self-driving cars some day in the future) for $1.68 billion, and made a $400 equity investment in Aurora to boot.

That sale, along with a few other small adjustments, led to Uber reporting a $1.71 billion gain on Other Income for the quarter. Uber had to report that as a non-GAAP adjustment, but it was an adjustment downward because you can’t always assume that other income will be a gain. Hence Uber’s adjusted EBITDA ended up being considerably lower than its GAAP net loss.

Such a wonderful time to be alive and a financial analyst, right?