Summary: SEC comment letters are not immediately released to the public, but a study of long-term trends shows that the delay in disclosure of those letters has fallen dramatically.

In our previous post we examined the number of comment letters the SEC sent companies in 2020 and 2021, as well as how many replies companies sent back. An interesting point is that comment letters sent to or from the SEC do not immediately become public. Rather, there is a delay of at least 20 business days (per SEC rules), and sometimes the delay is longer.

So what is the average delay in publication of comment letters? Calcbench decided to investigate.

When one searches the EDGAR database of SEC filings, you can find SEC comment letters to a company and all the ensuing correspondence — but you can only find when the letters were filed, not when the letters became public. Fear not, however! Calcbench has you covered.

Calcbench our database notes when comment letters are released by the SEC, and records both the date in which the letters were filed and the date those letters were released. The delay between when a letter is filed and when it was released is interesting.

We examine the trend in the average delay between when a letter is filed to when it is released to the public over the last 10 years. As you can see in Figure 1, below, that delay has declined markedly — from roughly 140 days in 2011 to only 60 days in 2021. (Keep in mind that some comment letters filed in later years have not yet become public, which will increase the delay, but the trend seems to be very telling.) 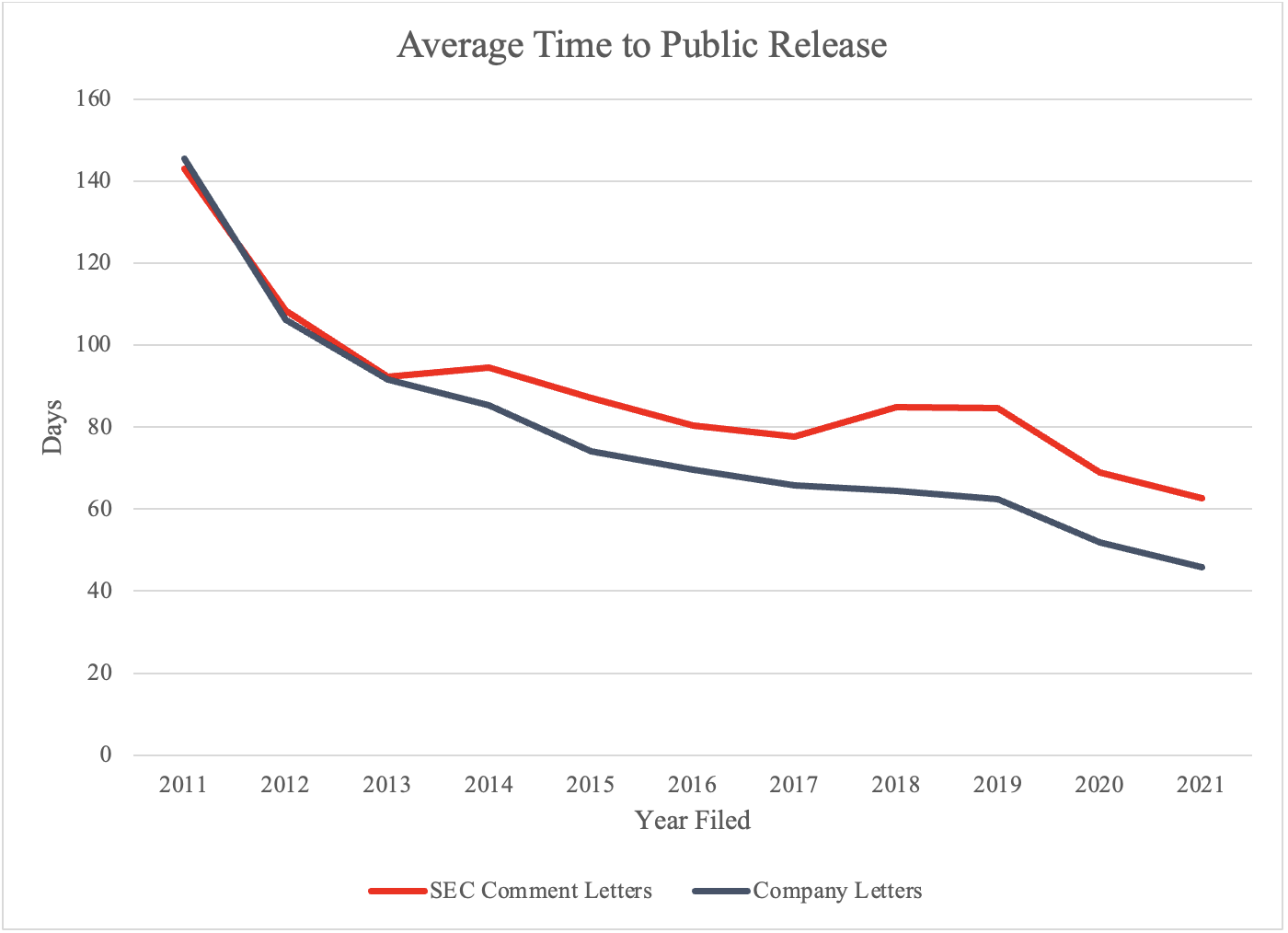 Are these patterns true for both large and small companies? We decided to answer that too, so we ran the same analysis for S&P 500 companies specifically. 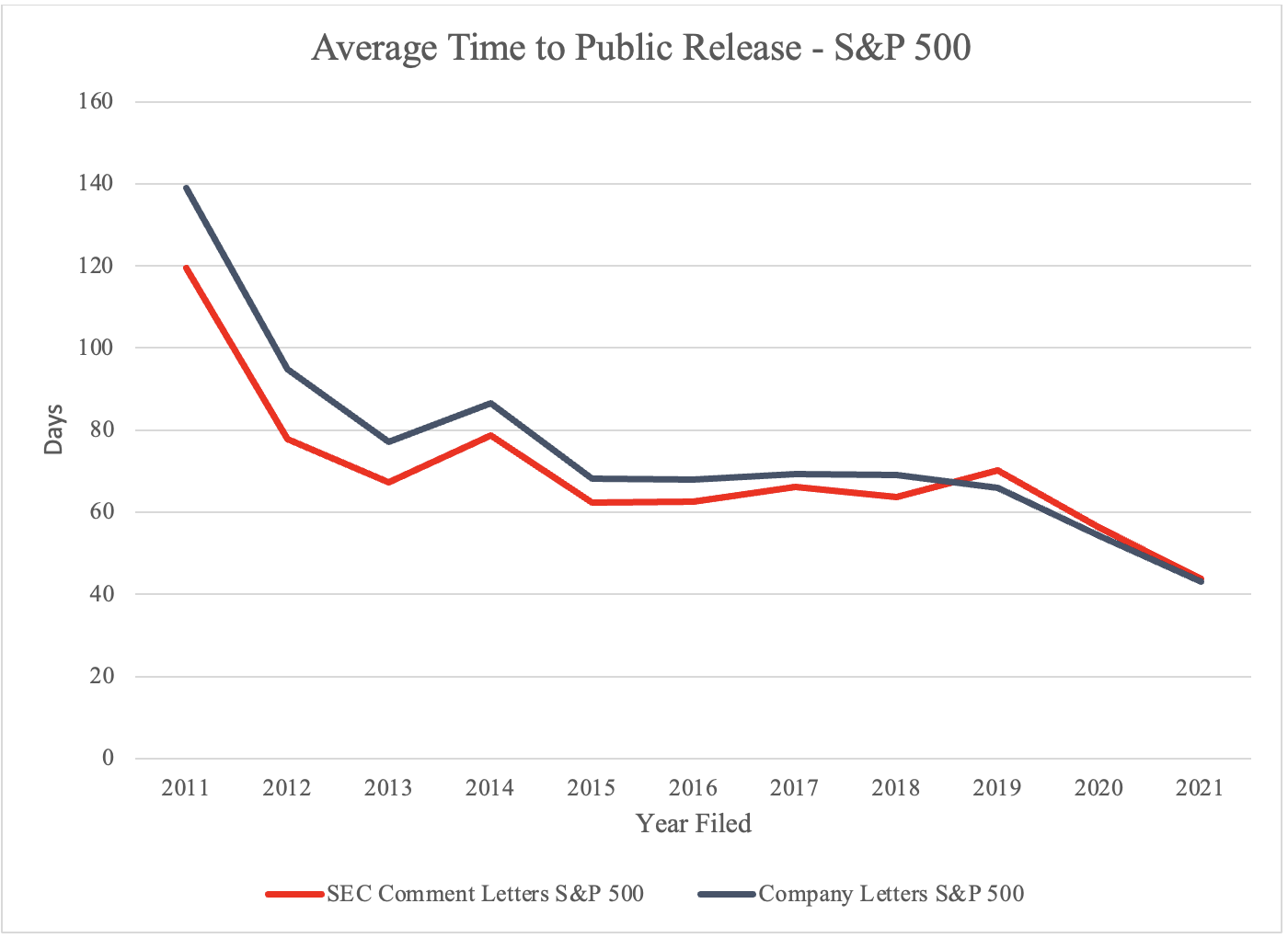 Many factors can affect the delay in the SEC releasing the letters to the public, such as:

Our analysis doesn’t examine the reasons for the factors that affect the delay, but for those of you interested, Calcbench has the data. Visit Calcbench’s filings page to see when filings are files and released. If you want to search the comment letters, you can do that in the disclosures page.