10-Q Filings: They’re Up, Thanks to SPACs

If all you financial analysts feel like you’re doing more work this year, there may be good reason for that: for the first time in years, the total number of 10-Q filings submitted to the Securities and Exchange Commission is going up.

It’s true! Calcbench recently decided to tally the total number of 10-Q filings by year for the last decade, and found that after a long decline throughout the 2010s, the total number of filings spiked back upward in 2021 — largely due to SPACs, special purpose acquisition companies.

OK, but where are all those new 10-Q filings coming from? Calcbench investigated that too. We looked at the change in filers year over year by SIC code, to give us a sense of which industries are seeing lots of publicly traded firms coming or going in any given year. 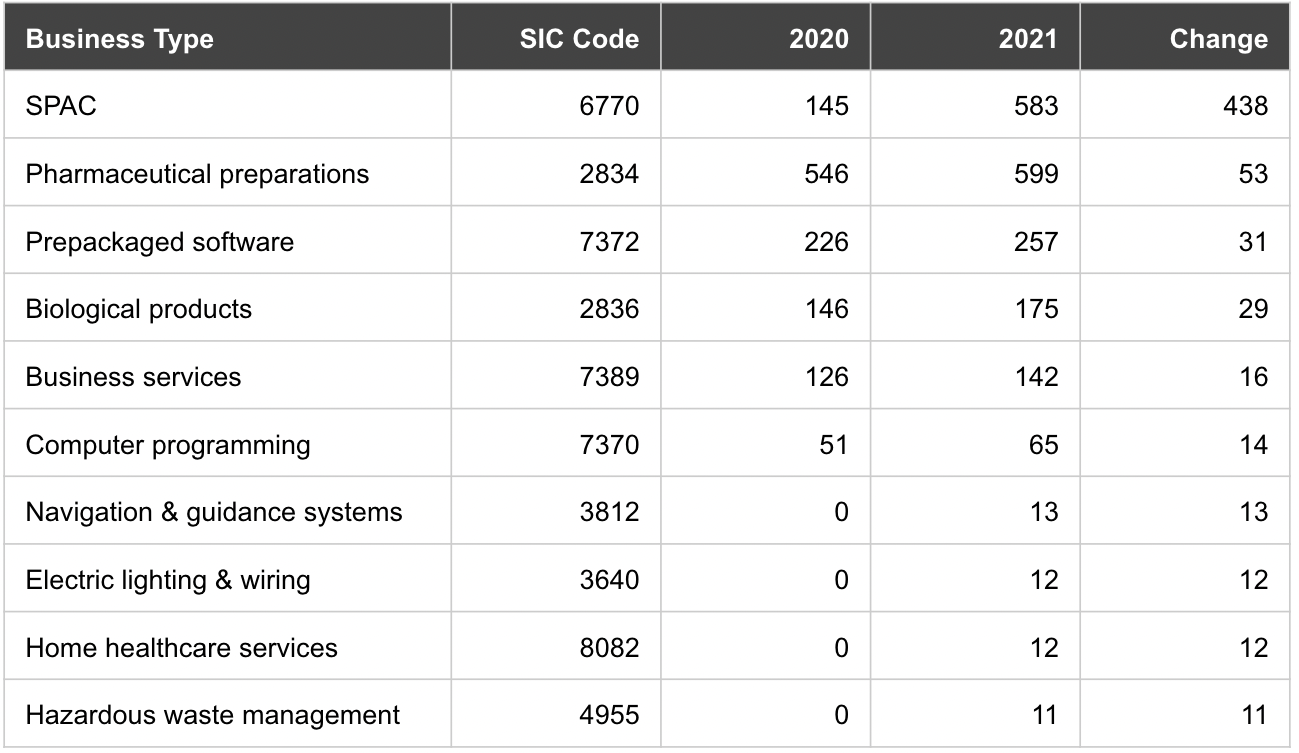 As you can see, the number of SPACs filing 10-Qs soared this year, far ahead of any other type of business. (The SIC codes with the biggest declines included oil & gas, down 13 firms; electric power generation and distribution, down 11; and industrial inorganic chemicals, also down 11.)

Here’s where it gets really interesting. If you do the math, those additional 438 SPACs translate into an additional 1,752 10-Q filings per year — which is more than the entire increase we’ve seen in 2021 filings, and then some.

In other words, that long-running decline in filings to the SEC has reversed, and SPACs are driving it all.

Calcbench has written quite a bit about SPACs this year, including an in-depth series looking at how many SPACs exist, how much money they have at their disposal for acquisitions, and numerous reporting issues unique to this breed of holding company.

Considering all the action in this sector, clearly it will be one to keep watching closely in 2022 and beyond.