"This research raises some very interesting questions about executive pay," said Pranav Ghai, co-founder and CEO of Calcbench. "Our point with this report wasn't to answer those questions. But with the granular data we have on salary, cash, bonus, share grants, option grants, pension contributions, and other forms of compensation, we are able to do a comprehensive trend analysis." 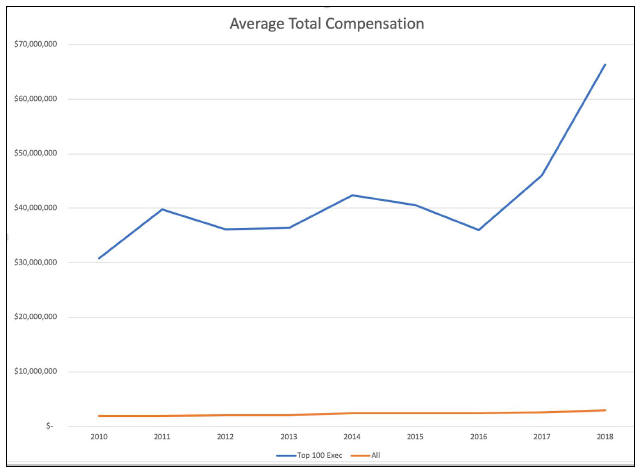