Just about every big technology company in Silicon Valley has announced layoffs lately. Why? Ostensibly so the company can match its costs (driven by headcount) to a shrinking or changing revenue picture.

To get a better sense of those dynamics, Calcbench decided to chart revenue per employee over the last 14 years at six major tech companies. The result is Figure 1, below. 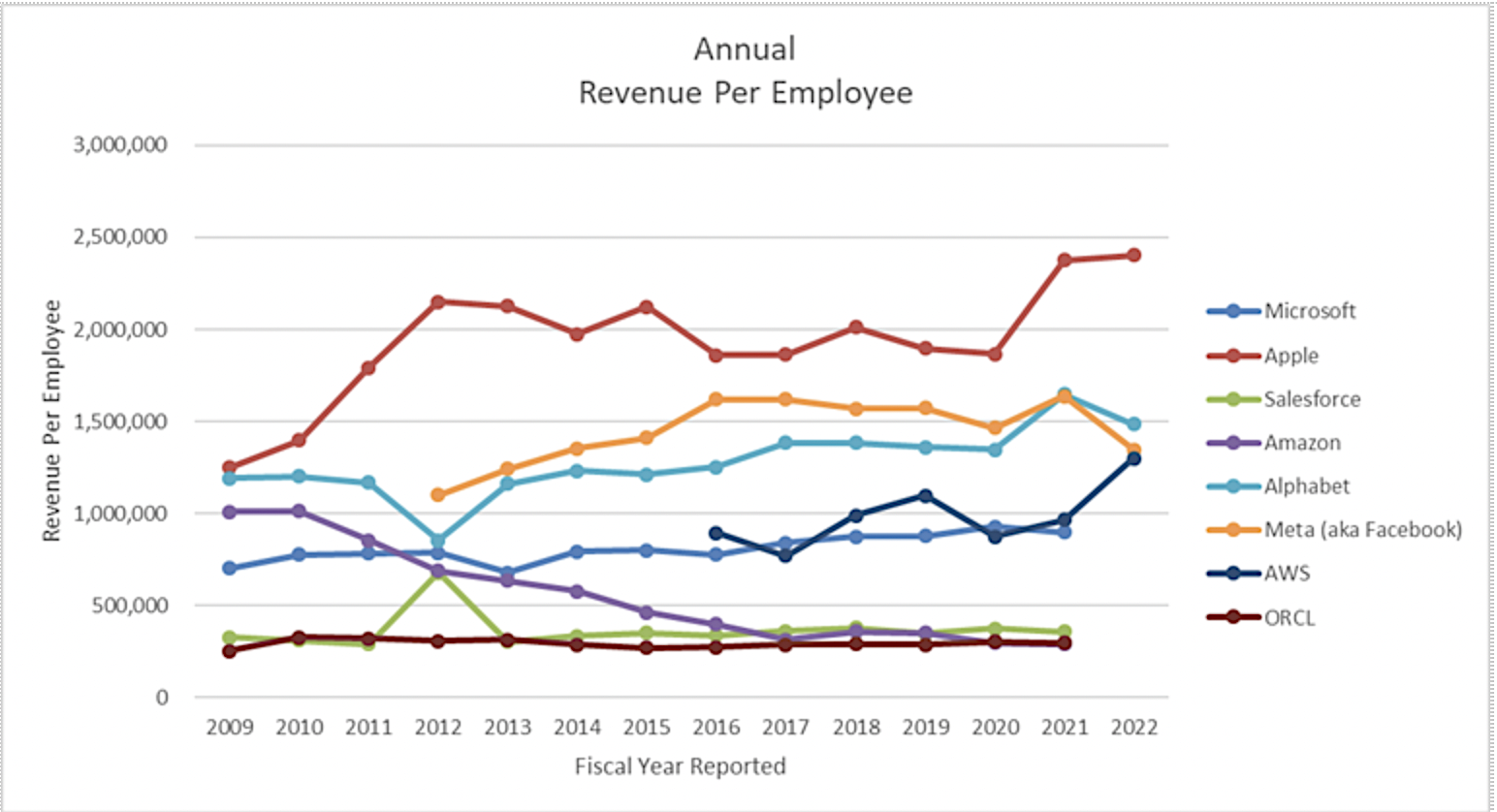 A few points jump out immediately. First, as usual, Apple ($AAPL) is showing off with stellar numbers that far outpace other big tech companies. Perhaps it’s no surprise, then, that Apple is the only company in our sample group that has not announced large-scale layoffs lately.

On the other hand, one also needs to consider differences in business model. Apple makes high-end hardware with lucrative profit margins, Salesforce ($CRM) is a business-to-business software provider, and some people would argue that Amazon ($AMZN) isn’t even a tech company at all; it’s a tech-savvy retailer with a huge blue-collar workforce that other tech companies don’t have.

One also needs to consider the two variables that make the revenue per employee ratio. So is Apple’s ratio so high because its revenues have grown so much, or because it keeps the pace of hiring prudent?

Facebook ($META) might be an even better example of the question. In late 2022 the company announced that it would lay off 11,000 employees, roughly 13 percent of its workforce. That is certainly unwelcome news to the 11,000 losing their jobs, but remember that Facebook had 87,000 employees at the time — up from 72,000 employees at the start of 2022, just 10 months earlier.

So critics could argue that Facebook “overhired” throughout last year, even as the company started suffering a significant revenue decline thanks to changes in how Apple lets other apps track user activity on iPhones. Did CEO Mark Zuckerberg make a critical misjudgment because he was too busy building the Metaverse? You tell us.

Just for kicks, we also charted net income per employee over the last decade. That’s in Figure 2, below. 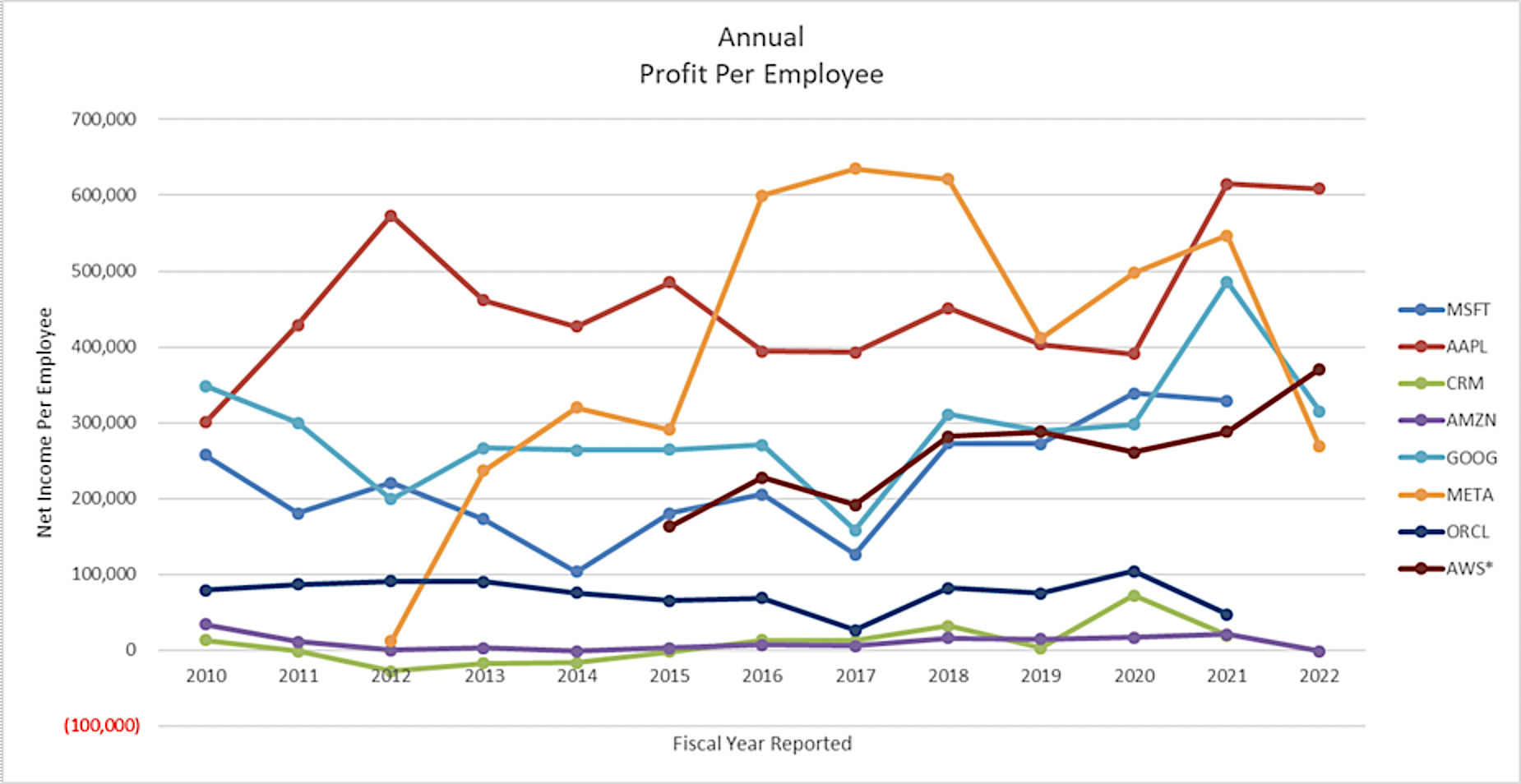 Hmmm. This paints a rather different picture. For example, Facebook saw a huge surge in profit per employee in the mid-2010s, which then spluttered in 2019 and has yet to recover in the 2020s. That might qualify as a decline in employee productivity, which (in theory) one might reverse by shedding employees in lackluster product lines while investing in the Next Big Thing.

Also notice how Amazon has a low level of profit per employee. That’s not news, really; the company’s e-commerce segment is a huge part of its overall operations, but that segment has always been hit-or-miss on printing the bottom line in black ink. In many quarters, Amazon’s e-commerce operations actually lose money, and its high-growth, high-profit Amazon Web Services segment is what keeps the total empire afloat.