Some great stuff from the Calcbench research team this week about non-GAAP adjustments to net income: we recruited a team of accounting students from Suffolk University to help us understand the most common and most significant adjustments that large companies made in 2021.

The students (“winterns” Suffolk University calls them) examined the 2021 earnings reports of 123 companies randomly selected from the S&P 500. Under the guidance of greybeards here at Calcbench, they measured the non-GAAP adjustments to net income each company made, and then studied how those adjustments compared to the plain ol’ GAAP net income that the companies also reported.

You can find our complete report and accompanying slide deck on the Calcbench research page. The main findings are as follows:

In second place was stock-based compensation, which accounted for about 16 percent of the total adjustment ($13.8 billion).

Table 1, below, shows the dollar breakdown for each category of non-GAAP adjustment. 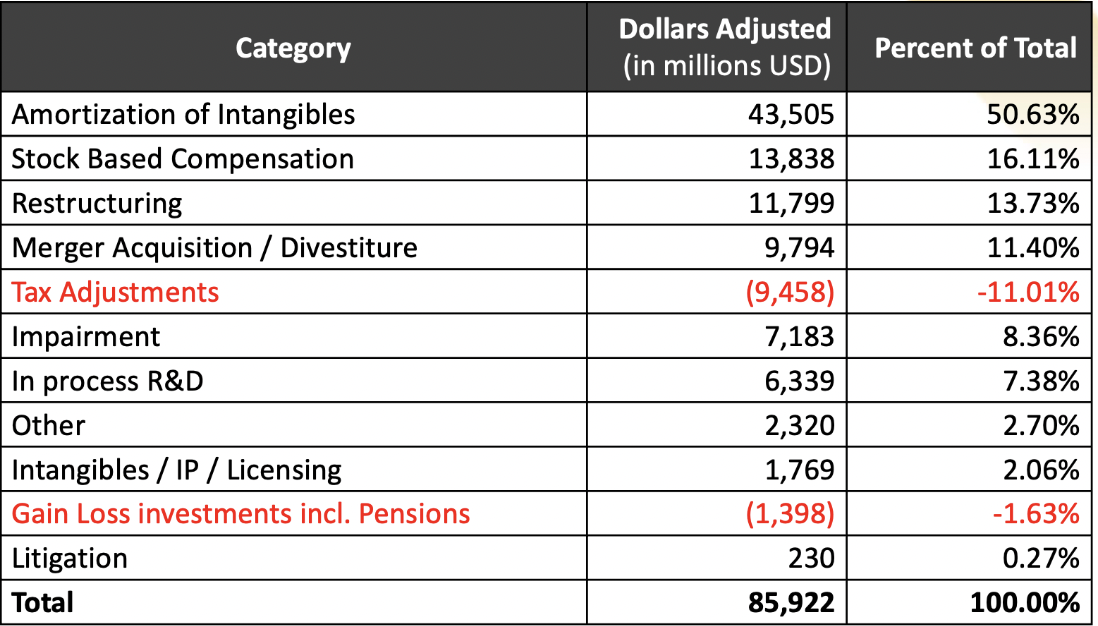 If all of this sounds familiar, that’s because Calcbench conducted a similar non-GAAP analysis one year ago. In that instance (without interns), we examined the 2020 earnings releases for 59 companies from the S&P 500 that had the largest differences of non-GAAP net income exceeding GAAP net income.

Our complete report and slide deck include much more data and detail, so if non-GAAP is your thing, we encourage you to read them both. We also thank Suffolk University and its troop of accounting winterns, who made this exercise possible! Photo below to capture their efforts for posterity. 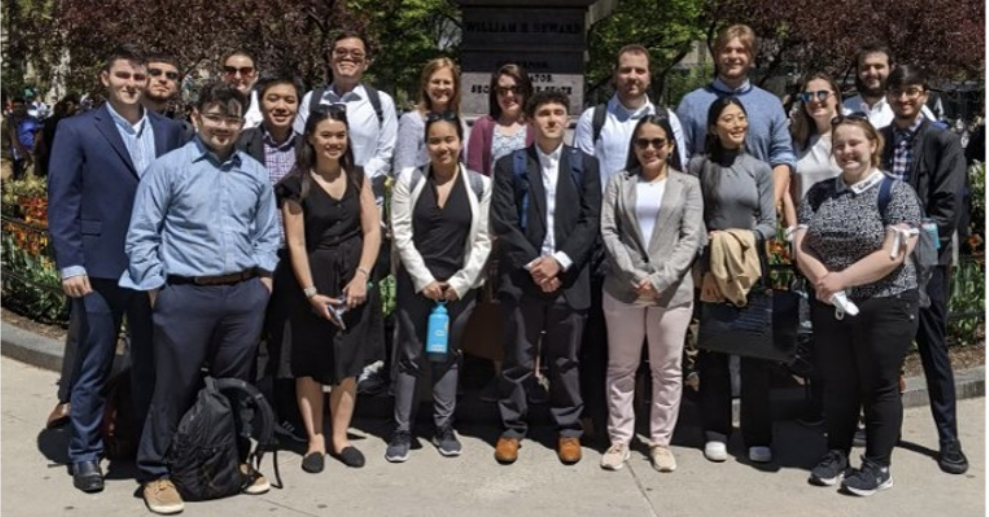