A Look at Microsoft’s Piles of Cash

Microsoft announced earlier this week that it will acquire video game giant Activision Blizzard in an all-cash deal worth roughly $68.7 billion. The strategy in the merger does have a lot of merit: Microsoft will be able to run Activision’s enormously popular games on is XBox console, and become one of the world’s largest gaming companies by revenue.

We at Calcbench wanted to consider a simpler analysis. How will Microsoft afford this?

Clearly Microsoft ($MSFT) can afford to make the acquisition; the company has been sitting on at least $130 billion in cash, equivalents, and short-term investments for years. But how quickly could Microsoft recoup the $68.7 billion it will pay out for Activision ($ATVI) once the deal closes?

One way to get a sense of that answer is to look at Microsoft’s free cash flow, defined as the amount of money a firm has left over after paying its operating expenses and capital expenditures. Figure 1, below, charts Microsoft’s quarterly free cash flow since the start of 2018. Note the trend line in red. 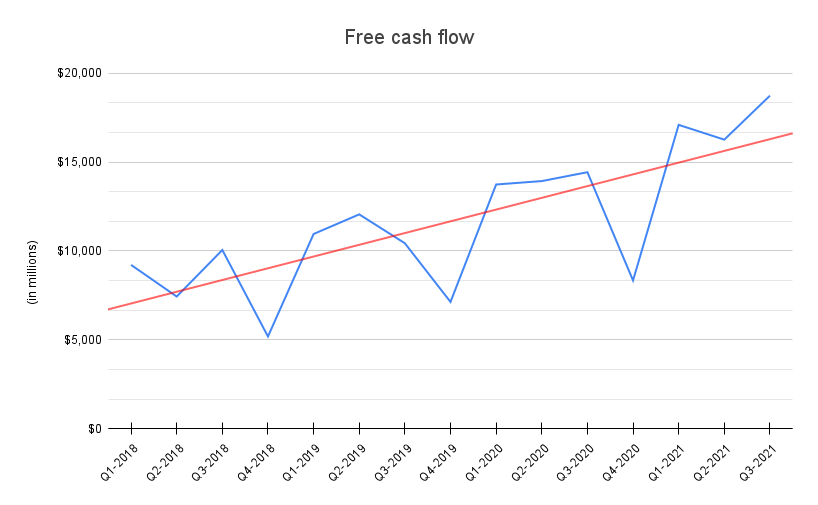 On average, Microsoft has generated $11.66 billion in free cash flow every quarter, including the pandemic-induced tumult of 2020 and the supply chain-disrupted 2021.

Granted, we don’t know how free cash flow will perform in the future. Nor would every cent of Microsoft’s free cash go to paying for the Activision deal. Still, Microsoft’s routine business operations are throwing off plenty of cash for management to consider big things — like, say, a mega-deal to transform the video game industry.

Moreover, the combined business would also have the free cash flow from Activision Blizzard, shown below in Figure 2. The numbers are far lower than Microsoft’s, but the quarterly average is still $482.8 million. 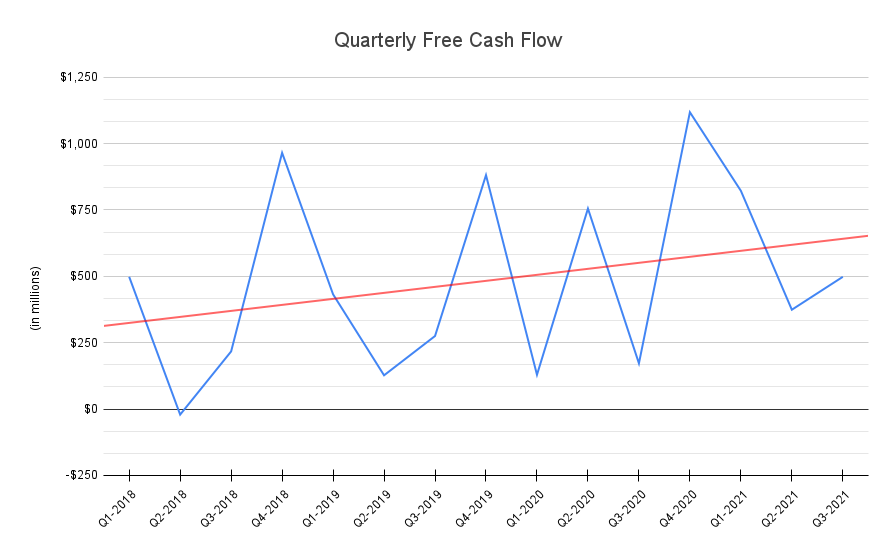 How can you conduct your own research on cash-related disclosures? Our Multi-Company database is one place to start; you can select the target companies you want to study, and then enter any of numerous cash-related metrics in the search fields. You can also try our Bulk Data Query page, which also lists lots of cash disclosures that you can search and export easily.

The Other Question: Goodwill

The Activision Blizzard deal will be Microsoft’s largest acquisition ever, and since we’re talking about the tech sector we also have to ask: How much of that $68.7 billion will go to goodwill?

At the moment, we don’t know. Microsoft hasn’t yet provided a full purchase price allocation, and might not do so for several quarters yet. For comparison purposes, however, consider Microsoft’s acquisition of LinkedIn in 2016.

The headline, announced in June 2016, was that Microsoft would pay $26.2 billion for LinkedIn. Only at the end of that year did Microsoft disclose a complete purchase price allocation — where the price had risen to $27 billion, and 63.6 percent of that amount ($16.8 billion) was accounted as goodwill.

Will we see something similar here? The way to find out is to set your Calcbench email alerts for Microsoft updates; and then use our Segments, Rollfowards, and Breakouts database to see how the deal’s PPA is reported.