DSO Metrics? Yep, We Got That

Calcbench tracks all manner of financial data — but we also track an extensive number of important profitability and liquidity ratios, too. A recent enforcement action from the Securities and Exchange Commission is a great example of why such ratios are important for financial analysis, so let’s take a look.

The company in question is American Renal Associates ($ARA), a kidney dialysis firm that the SEC charged with accounting fraud. American Renal was accused of manipulating certain revenue adjustments known as “topsides,” where the company sometimes delayed recognizing the revenue until a later period, so executives could keep hitting financial performance targets one quarter after another. (American Renal agreed to pay $2 million to settle the charges, without admitting or denying the allegations against it.)

Financial reporting shenanigans like that are known as “cookie jar accounting.” A company receives revenue from a transaction, but rather than report that revenue in the proper period, the company keeps it “in the cookie jar” until some later period where executives want to hit financial targets; then they report it.

Maneuvers like that give investors a false sense of the firm’s performance. They are a big no-no in financial reporting.

OK, back to American Renal Associates. How did the company hide its revenue? And how might an analyst sniff out such a scam? As explained in the SEC’s settlement order, ARA tinkered with its Days Sales Outstanding metric.

DSO measures the average number of days a firm needs to collect payments on services measured; you calculate it by dividing accounts receivable into a revenue number (usually total credit sales), and then multiply that result by the number of days in the period. A high DSO number (say, over 45) means the company is taking longer to collect revenue, and that’s money the company can’t use to generate new business.

The SEC’s complaint was that American Renal routinely touted a DSO number that the company said was both stable and lower than its peers. See Figure 1, below. American Renal’s DSO is on the left in blue, the competitors’ in green on the right. 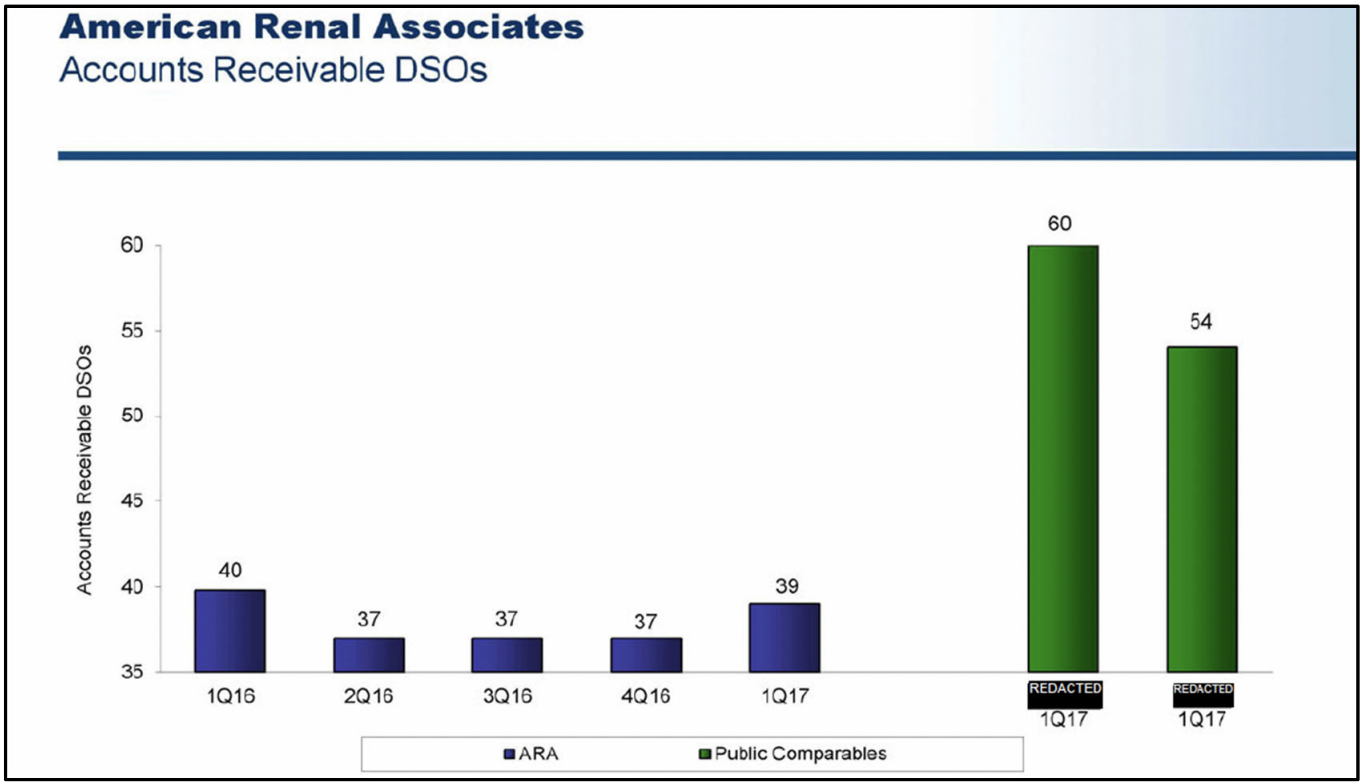 In truth, the SEC said, American Renal executives sometimes delayed reporting revenue from one period into the next. That maneuver made the next period’s revenue number larger, and therefore the DSO number would be smaller (because revenue is the denominator for the DSO formula; the larger the denominator, the smaller the resulting DSO).

What is the Calcbench angle in all this? That we allow subscribers to search for DSO disclosures — which you can then compare to a firm’s peer companies, to see who might be an outlier worthy of skepticism.

Figure 2, below, shows a sample of the S&P 500 with revenue, accounts receivable, and DSO; all plucked from Calcbench data archives using the Multi-Company page. 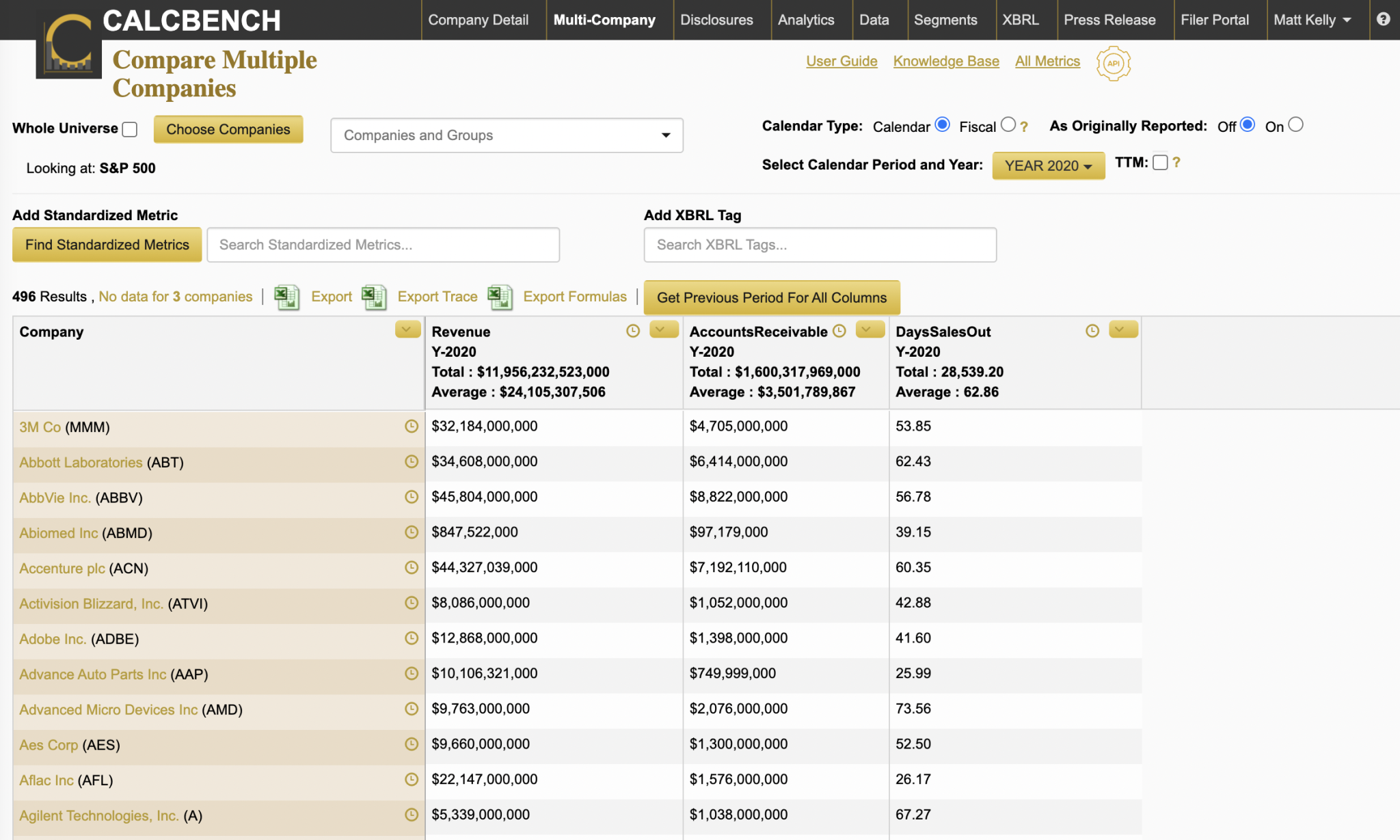 In our above example, we just sorted the S&P 500 alphabetically. You can design your own peer group, or start by researching one company in our Company-in-Detail page and then comparing to a peer group Calcbench automatically generates for you. (Peek at the upper-right corner while you’re studying a company; there you’ll see the ticker symbols of four closely related peers.)

You can also search for DSO disclosures over time (either annually or quarterly) to see which firms experience large swings in DSO — or no swings at all, which apparently was the issue with American Renal.