Quite the Bargain (Gain) for Rite Aid

Pharmacy giant Rite Aid Corp. ($RAD) filed its 10-K for its fiscal 2021 year this week, including an item you don’t see too often: a “bargain purchase” M&A deal, which results in a firm recording negative goodwill on the income statement.

What is such a thing, you ask? It happens when Firm A acquires Firm B for less than Firm B’s fair market value. (Hence the term: the purchase was a bargain.) Under U.S. Generally Accepted Accounting Rules, Firm A must then record the difference between market value of Firm B and the actual price paid as negative goodwill — essentially, the inverse of when you pay more than fair-market value, which is goodwill.

Negative goodwill appears as negative amount in the purchase price allocation since it is a negative allocation and as a gain in the income statement.

In Rite Aid’s case, the target in question was the Bartell Drug Co., which operates 67 retail pharmacy outlets around Seattle. Rite Aid picked up the financially distressed company in October for $89.7 million in cash.

Figure 1, below, is the purchase price allocation for the deal. 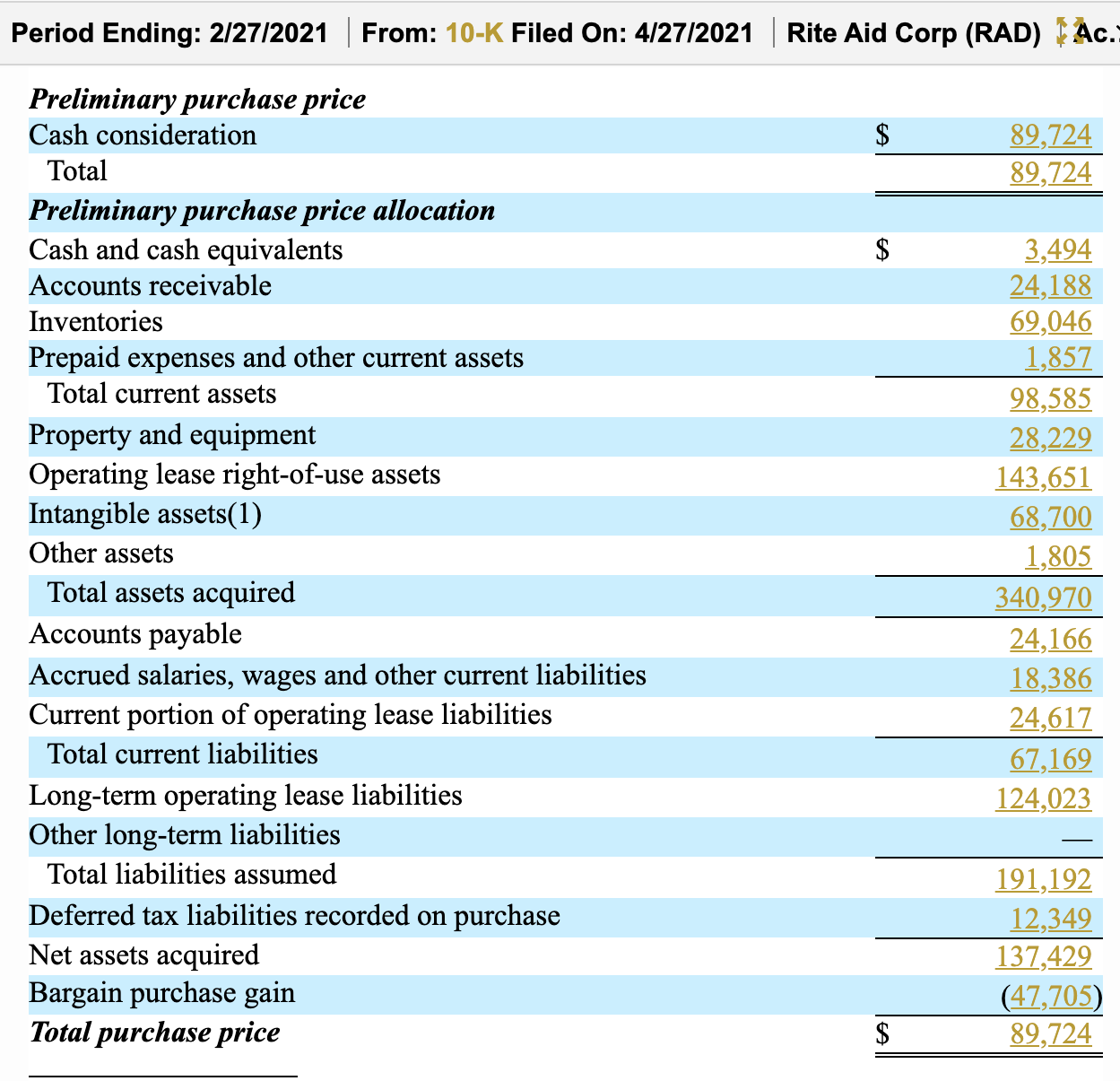 What was really going on with Bartell? In the footnote disclosures, Rite Aid said Bartell’s owners were assuming more and more debt to meet operating expenses, and didn’t see that changing any time soon; so they sold to a larger strategic partner (Rite Aid) rather than add yet more red ink to their lives. Here’s the narrative:

The Company believes that the bargain purchase gain was primarily the result of the decision by the Bartell stockholders to sell their interests as Bartell had been experiencing increasing borrowings under its credit agreements to meet its operating needs and increasing net losses. The agreed upon purchase price reflected the fact the seller would have needed to incur further significant debt to cover the operating costs of Bartell, which would have required amendments to its credit arrangements. 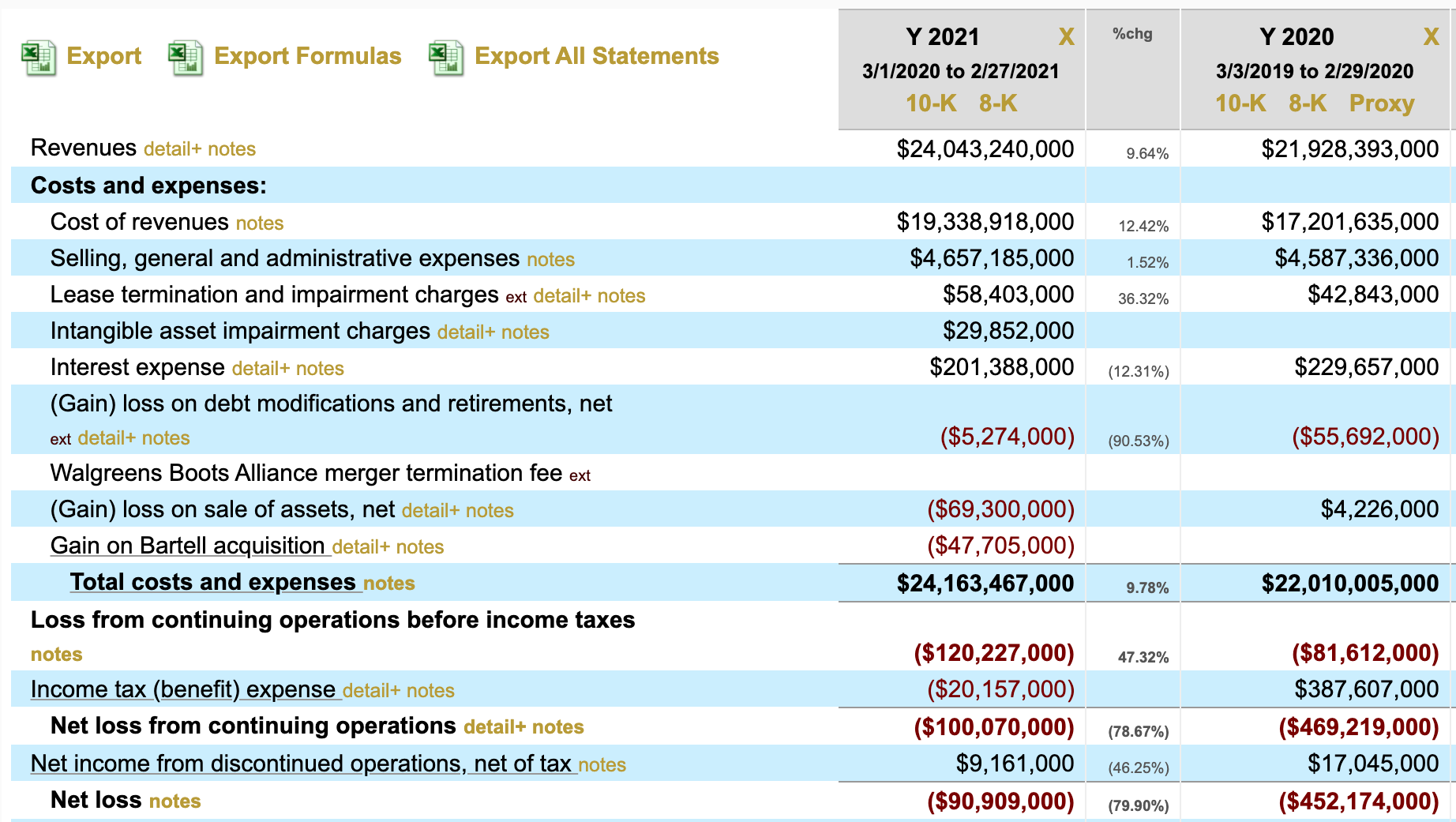 Incidentally, if you want to see an aggregate analysis of which firms are booking bargain purchase gains, you can visit our Multi-Company page to perform that research. You can use the “Add XBRL Tag” search field, and enter “BusinessCombinationBargainPurchaseGainRecognizedAmount.” We took the liberty of running such a search ourselves, if you’d like to see the results.