A Tale of Two Adjustments: Macy’s and A&F

As one might expect from retailers, their 2020 numbers weren’t terribly good because of the pandemic. So both firms also reported adjusted net income figures, to account for various one-time expenses related to COVID-19 disruptions.

We decided to analyze and compare those non-GAAP disclosures, to see how one item labeled “adjusted net income” can include very different things, even between two firms that work in the same industry.

In the earnings release Macy’s filed on Feb. 23, we can see that the firm reported an adjusted net loss of only $688 million. The reconciliation is in Figure 1, below.

OK — so what does that $3.58 billion restructuring and impairment charge actually entail?

To decipher that number, we had to jump to the Interactive Disclosure tool and read the restructuring note Macy’s included in its 10-K, filed on March 29. There, we can see that most of the charge stemmed from a $3.28 billion impairment to goodwill; plus another $154 million in a restructuring charge that was mostly severance pay; plus assorted other charges. See Figure 2, below. 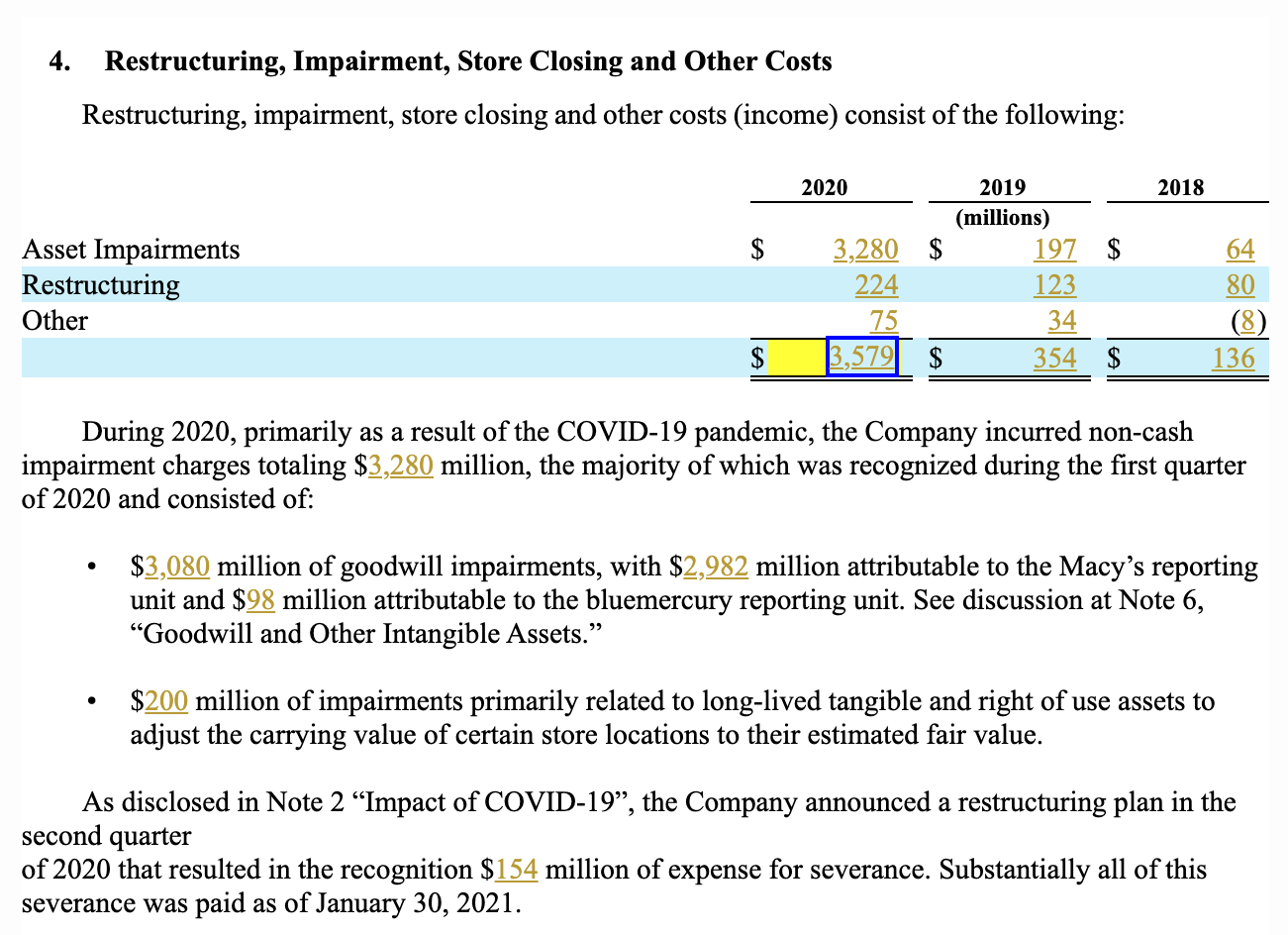 The other significant portion of Macy’s non-GAAP net income was that $412 million adjustment for taxes. Again, using the Interactive Disclosure viewer to find the details, we can see that Macy’s arrived at the $412 million number through nine separate credits and charges, including a $205 million carryback benefit allowed under the CARES Act. 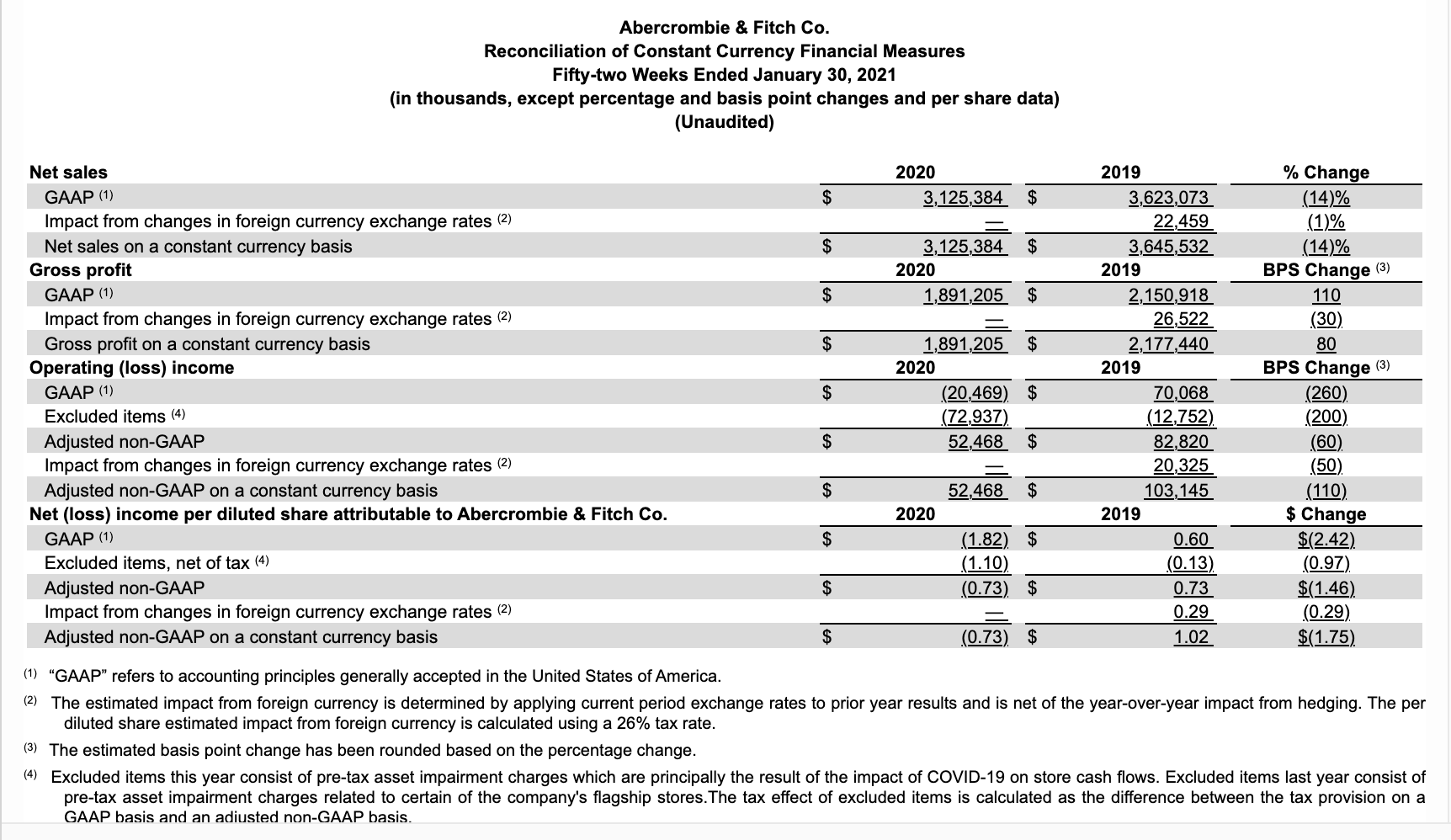 The most important number on this entire table, however, is that Footnote 4 next to the phrase “excluded items.”

So Abercrombie had an operating loss of $20.47 million in 2020, and then made an upward adjustment of $72.94 million for “excluded items” that resulted in a non-GAAP, adjusted operating profit of $52.47 million.

To decipher that $72.94 million, we first had to look at Abercrombie’s income statement on the Company-in-Detail page. The $72.94 million was there plain as day, listed as an asset impairment charge. Then we had to open up the Interactive Disclosure database again, and found the Asset Impairment footnote explaining exactly what assets were impaired.

The answer is Figure 4, below. It’s all impairments to operating leases and property, plant and equipment.

Abercrombie also has another footnote explaining the impact of COVID-19, and in that disclosure the company coughs up a $14.8 million write-down of inventory that apparently went out of style during the store closures of early 2020. But that inventory charge is separate from the charges above, and not reflected in the non-GAAP adjusted numbers in Figure 3, either.

So there you have it: two retailers, reporting two non-GAAP numbers to reflect the costs of COVID-19. The details are always in there somewhere, if you know where to look.