Firms and Income From Investments

Firms and Income From Investments Last week we had a post exploring the income numbers at Salesforce ($CRM) and the surprising factoid that for most of 2020, Salesforce’s income from strategic investments in other businesses actually exceeded income from Salesforce’s own operations.

Our curiosity was piqued: How many other non-financial firms have seen investment income account for a significant portion of net income? How often does something like this happen?

We used our Multi-Company database to search disclosures among the S&P 500, comparing net investment income to all net income for 2016-2019. Pulling the data only took a few minutes, and several conclusions stood out.

First, few large companies disclose net investment income at all. In all four years we examined, no more than 70 firms out of the whole S&P 500 reported net investment income. Most that did were financial firms of some kind — and while there’s nothing wrong with being a financial firm, their operations are quite different than other sectors so we’re disregarding those folks.

The only non-financial firm that had appreciable amounts of investment income across several years was Constellation Brands ($STZ): 21 percent of all net income in 2017 and 61 percent in 2018. Then again, Constellation also reported a $2.67 billion net investment loss in 2019, which almost obliterated total income last year (a measly $21.4 million).

And where do all these net investment income numbers come from, exactly? If you want to know, you can always use the Calcbench Trace feature: click on that number when you see it in the income statement, and we’ll promptly whisk you away to the firm’s footnote disclosure to see the details.

Here, for example, is what you see when you trace that $2.67 billion loss Constellation Brands reported. 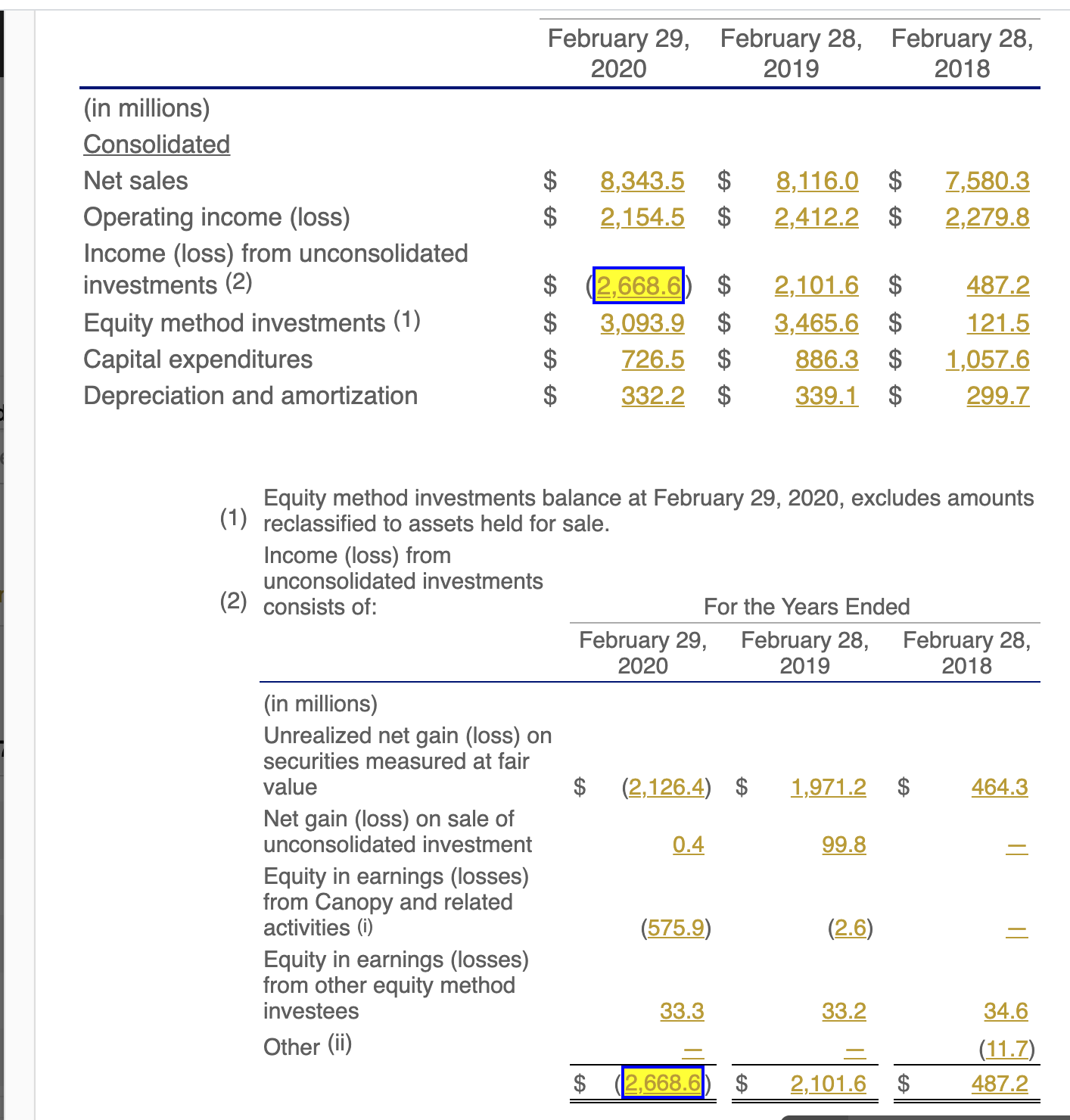