Good news from the SEC this week about Foreign Private Filers?

Many people have asked us why our dataset includes several foreign filers but is missing many others. For example, Credit Suisse and Toyota are there, while GlaxoSmithKlein, and Nokia are not. Why is this? Because, for now, the XBRL mandate has been limited to companies who report financials using the US-GAAP accounting standard. Many foreign filers rely on IFRS instead. As a result these companies have been exempt for now…until such time as the SEC is able to properly define guidelines for XBRL filings using IFRS.

So what’s the good news? A news release from the SEC this week suggests these guidelines may finally be close at hand. A public review period is set to take place later in 2013. And then, while no definite timeline was given, a reasonably optimistic person (like myself) may be forgiven for believing that IFRS interactive filings should start coming soon thereafter, like in 2014. Let’s keep our fingers crossed. 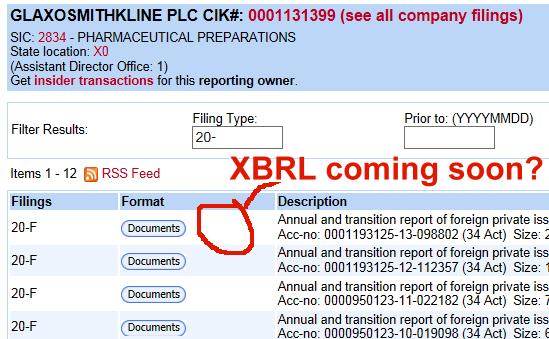