The crack Calcbench research team has done it again, releasing a fresh report this week about the assets and liabilities in corporate pension plans — and the $394 billion gap between those two points.

The report, “Pension Plan Obligations: Analysis of funding levels and shortfalls among the S&P 500,” reviewed the funding levels of defined-benefit plans offered by 292 firms in the S&P 500. Among the findings:

The research raises some interesting questions about corporate pension plans. Firms don’t need to keep their pension plans fully funded at all times — but they do need to meet all those obligations eventually. So for firms with significant gaps, what’s the plan to meet those liabilities when they come due?

The report lists the 10 firms with largest gaps in percentage terms, and the 10 with the largest gaps in total dollars. We also compared each firm’s pension deficit as a percentage of market capitalization. This metric is useful to know because it’s one way to measure how vulnerable the company’s future value (that is, market cap) is to the pension plan obligations the company has. 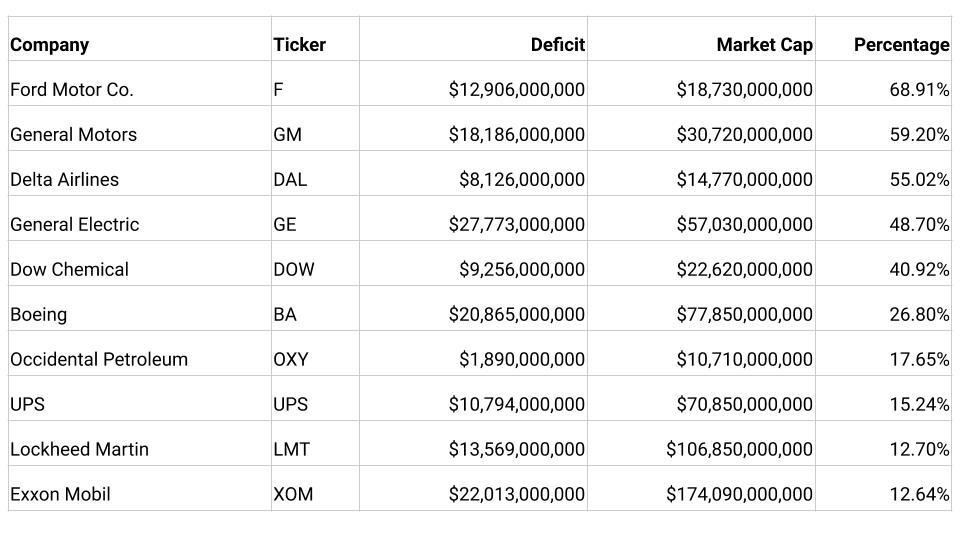 The report shows how large those obligations are, so financial analysts can consider the implications and ask sharper questions about how a firm plans to meet those obligations. Download, read, and fire away on that next earnings conference call.