Last week Calcbench published an in-depth analysis of trends in executive compensation during the 2010s. We’re proud of it; compensation enthusiasts should give it a read and ponder its points.

Today, however, we want to focus on one specific finding: that as much as average total compensation rose in the 2010s, it still trailed several standard performance metrics — which, for large companies at least, rose even faster in the prior decade.

As you can see in Figure 1, below, ROA (the dotted line) and ROE (the dashed line) rose faster than average total compensation (the solid line), for 2010 through 2018. This was true for the S&P 500 and for large accelerated filers. 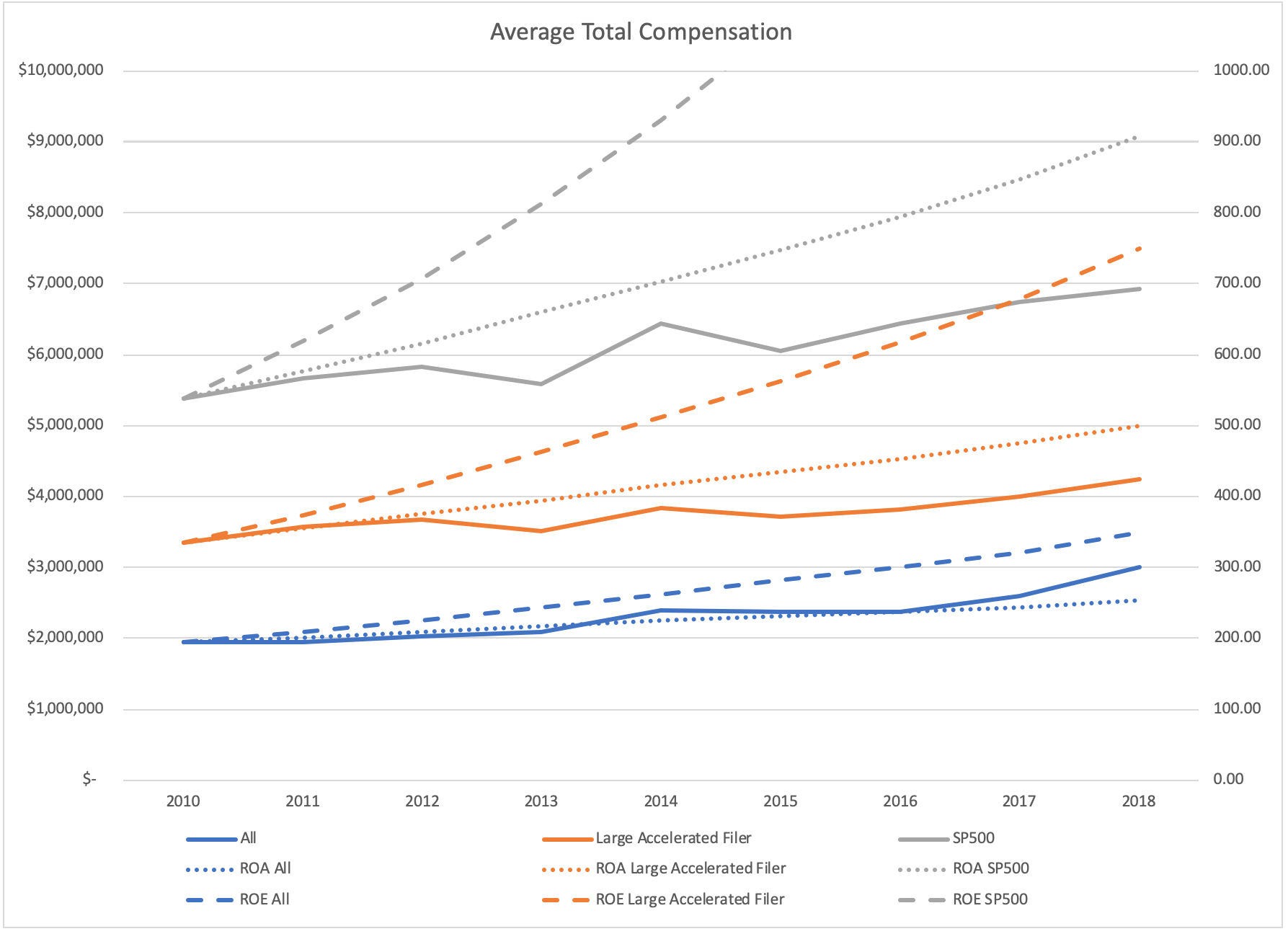 Among all publicly traded firms, the picture was more mixed: ROE accelerated faster than executive compensation, but ROA didn’t.

And Then the Small Firms 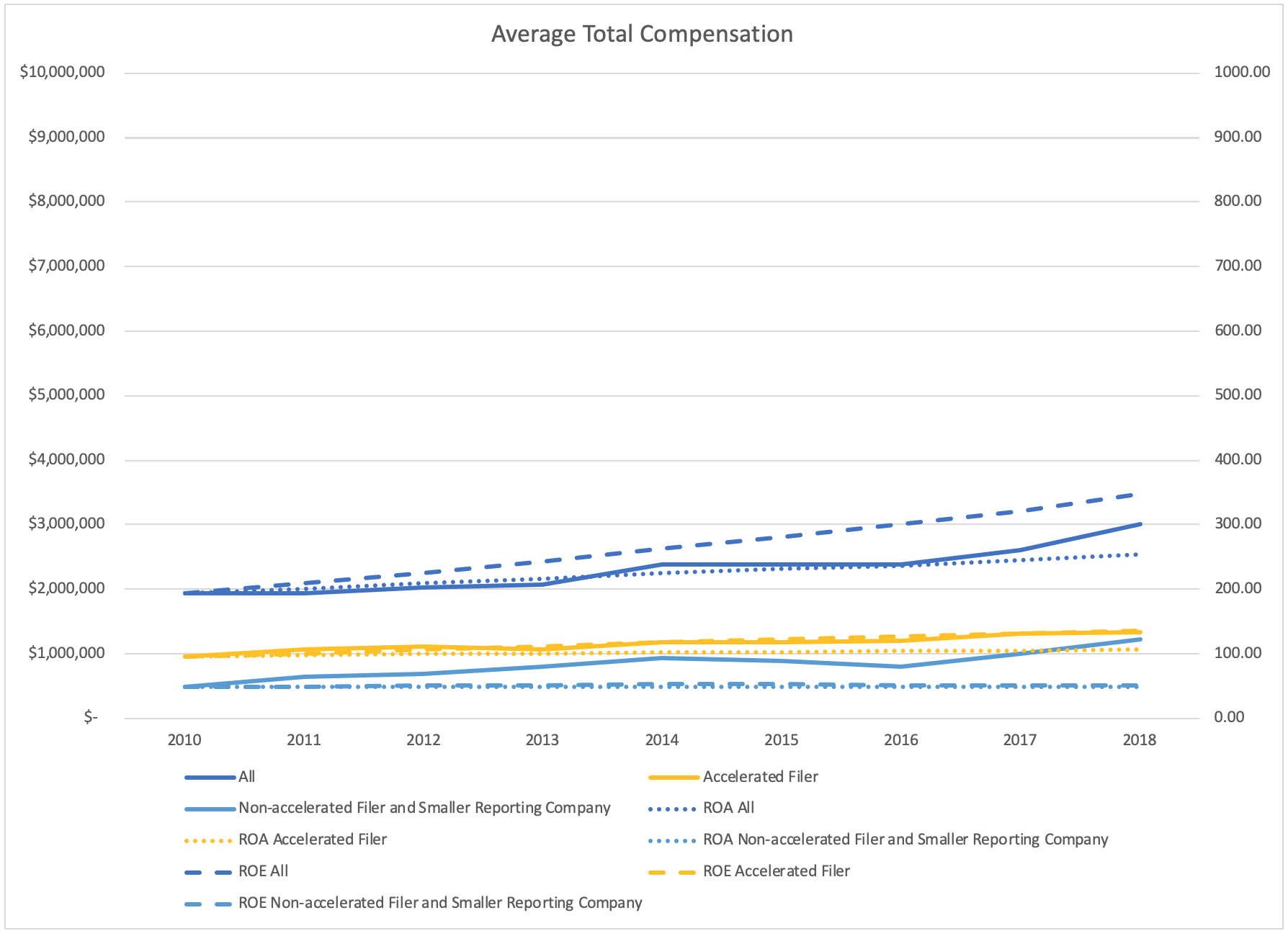 And, obviously, all three metrics were much lower, and increased more incrementally, than for larger firms as seen above.

So What Does This Mean?

The data raise some interesting questions. For example, why did ROA and ROE rise so quickly for large firms, but not smaller ones?

It might be that ROA and ROE exceed growth in compensation at larger firms because net income grew so quickly for those companies. Since net income is the numerator in the formula to calculate both ROA and ROE, faster growth in net income would have the effect of pushing up both metrics more quickly.

Another question: If executives are paid for increasing the firm’s value to shareholders — and that’s the conventional wisdom in corporate finance and governance circles — then as much as executive compensation rose in the 2010s, were executives at larger firms still underpaid, since the two most common metrics of firm value increased even more?

One point to consider is our decision to start tracking compensation data at 2010. We picked that date because (a) it was the numerical start of the decade; and (b) it was the first full year after the global financial crisis, an outlier event. Still, if you believe NEOs were correctly compensated in 2010, that means they are under-compensated now. Or if you believe they were over-compensated in 2010, then the trend could represent a correction.

We at Calcbench don’t presume to know the answers to these questions. We just examine the data, call out interesting trends, and invite financial analysts to reach their own conclusions. There is a lot you could explore here, when you have the data in hand. Thankfully, Calcbench does.