Those costs are no joke. In Q3 Netflix reported a total of $8.28 billion in content liabilities on its balance sheet — up from $3.58 billion five years ago, back when Orange Is the New Black was still all the rage. Now Netflix finds itself in a streaming media arms race, spending more money on content to fend off competitors such as Disney($DIS) and Apple ($AAPL), while hoping that subscriber growth can generate enough revenue to meet those future obligations. (Orange, by the way, ended its seven-season run in July.)

So how large are those content commitments? We have a few data points to consider.

Figure 1, below, shows quarterly growth in content liabilities for the past six years. Liabilities have roughly tripled, from $2.7 billion in Q3 2013 to that $8.28 billion today. 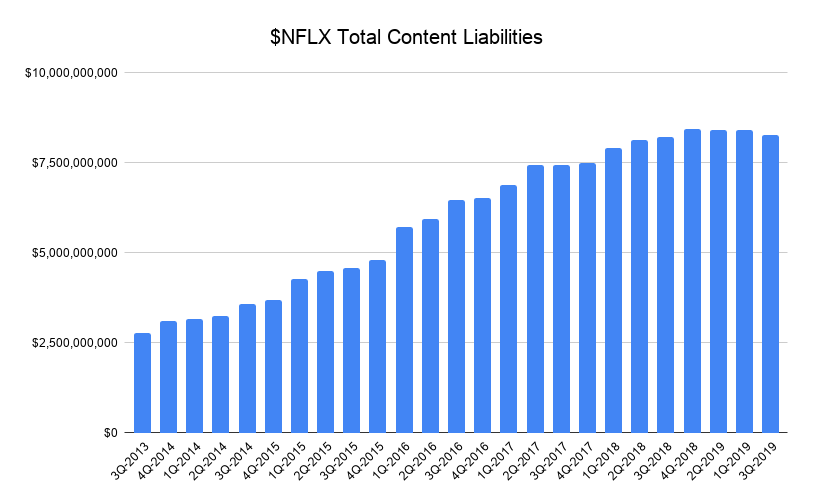 One might also wonder how content liabilities compare to Netflix’s total liabilities — and somewhat to our surprise, that percentage has steadily fallen over the same period. See Figure 2, below. 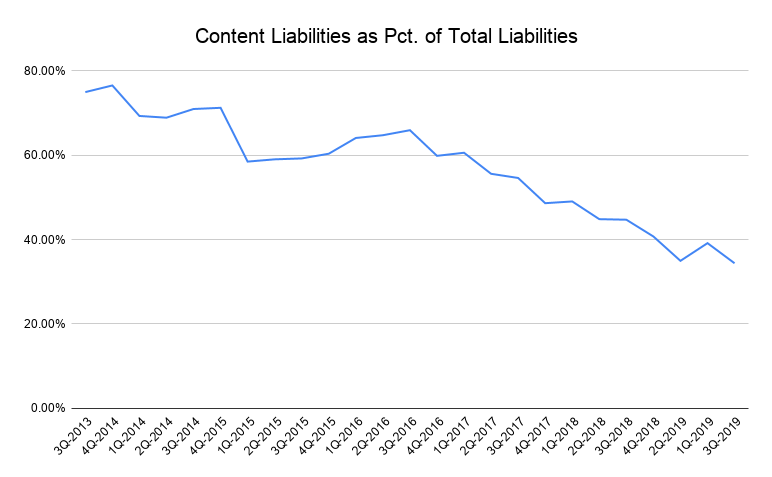 So as much as Netflix’s content commitments have grown, other commitments (specifically long-term debt, if you’re interested) have grown even faster.

When you read the Commitments and Contingencies disclosure for Q3, you see this:

As of September 30, 2019, the company had $19.1 billion of obligations comprised of $4.9 billion included in "Current content liabilities" and $3.4 billion of "Non-current content liabilities" on the consolidated balance sheets and $10.8 billion of obligations that are not reflected on the consolidated balance sheets as they did not yet meet the criteria for asset recognition.

Hold up: $10.8 billion of obligations not reflected on the balance sheet? Isn’t that reason for investors to start breathing into a paper bag?

Well, if Netflix says those contingent liabilities are $10.8 billion, by definition the costs are estimable — but since they are only in the footnotes, that also means those costs are not yet probable.

For example, say Netflix was iffy about a fourth season of its show Daredevil. Executives could estimate those liabilities, since they already know what the first three seasons cost to produce. But they wouldn’t need to report those liabilities on the balance sheet, because they hadn’t yet given a green light for Season 4. So that liability would be part of the $10.8 billion.

(Please note, the above example is entirely hypothetical, because Season 3 stunk and Netflix canceled the series.) 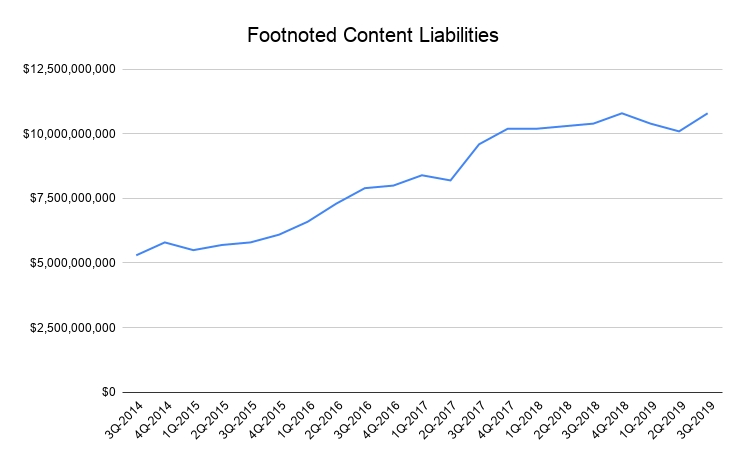 That’s a lot of potential obligations lingering out there, not yet come to pass. If subscriber growth keeps charging along and Netflix can get away with more price hikes, that might just mean enough revenue to reboot investor interest in the stock.